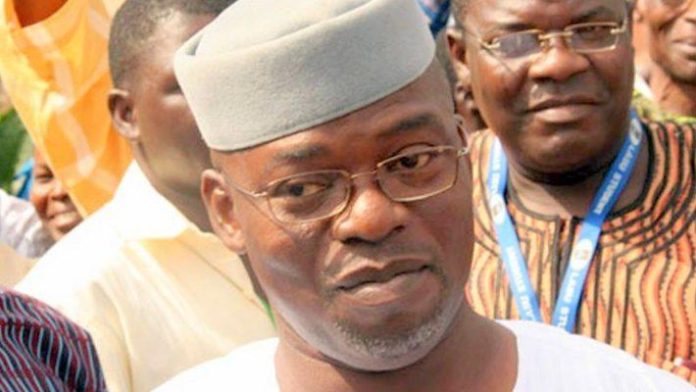 In what appears to be a tactical reply to the agitations of some politicians in Ekiti State asking that power shifts to the Southern Senatorial District in 2022, former Governor Segun Oni, has opposed the advocacy, saying it would be a great disservice to the opposition party.

Oni said the People’s Democratic Party should place priority on who can defeat the ruling All Progressives Congress, than the primordial and narrow sentiment of zoning.

The PDP governorship aspirant told the APC in clear terms that the party has lost the June 18, 2021 governorship election in Ekiti State, saying the voters have rejected the ruling party over its failure in the areas of security, employment generation and economy.

In recent times, politicians of southern extraction, including former Ekiti Deputy Governor, Prof Kolapo Olusola, had vehemently insisted that the PDP should zone its governorship ticket to the South which has not produced the governor since 1999.

But responding, the former governor in Ado Ekiti on Tuesday during an interactive session with newsmen on his mission to return to Ekiti government house in 2022, said zoning will do incalculable damage to the PDP.

“When I was going in 2010, I said we should help the South to become governor. No governor had ever liked the South more than me. I gave key positions like the Minister, Secretary to the State Government, Commissioner for Works to the South when I was governor

“Let me say this clearly, only a ruling party can zone governorship. But if you are in opposition, you should only think of who can take power. Let me thank Mr Ayodele Fayose, he had the luxury as a governor and he went for it, though we lost in 2018.

“Governor Kayode Fayemi, who is in power is the only one that can answer the zoning call now because he is in government. The PDP should think of who can win the election. We don’t want to be nice guys this time, but a good and determined opposition party”.

Oni posited that the PDP has a high possibility of winning the next election in Ekiti, saying the populace was already disillusioned with the APC reign, which he described as an abysmal failure.

“Ekiti voters are ready for us, I mean ready to vote for us. No party can be lucky more than this. Our road to the government house is almost clear, people have been saying that to us. Though we have internal crises but we will resolve our differences, because we don’t want to play second fiddle again”.

The former governor described the insecurity in Ekiti, where people were being killed and kidnapped as very unfortunate, saying he would rise to the occasion and stem the tide if given the opportunity to serve as governor.

He added: “The issue of insecurity is very unfortunate but not peculiar to Ekiti alone. When I was the governor, we constructed a panic alert system, that can alert the police anywhere there was a gunshot in Ekiti and police will just come to the location quickly to rescue the situation.

“You don’t allow insecurity to come and meet you, it will overwhelm you and this is what we are experiencing now. As someone who is fighting insecurity, you must be at the front thinking outside the box. Those in government should have a rethink on the security issues”.

Oni, who branded the PDP as a bit more democratized than any other parties in the country in the handling of primaries, said nothing short of a free and fair primary will be acceptable to members to select a credible candidate for the impending governorship poll.

“We are not imposing consensus and whoever has the largest appeal should win the primary and get the ticket. That is our belief and that is what is going to happen”, he maintained.