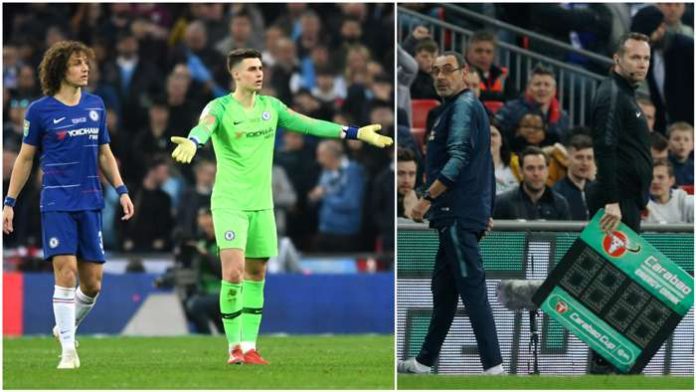 The Spaniard infamously refused to leave the Wembley pitch ahead of an ultimate penalty shootout defeat, with his manager left fuming on the night

Kepa Arrizabalaga has reiterated his remorse for his “big misunderstanding” during the 2019 Carabao Cup Final, issuing another apology to then-coach Maurizio Sarri for his part in Chelsea’s defeat to Manchester City.

The shot-stopper infamously refused to depart the pitch after being signalled for a substitution late on in extra-time ahead for Willy Caballero, ahead of a penalty shootout reverse against Pep Guardiola’s side at Wembley.

The incident sparked widespread discussion worldwide in the immediate aftermath, but now, two years later, the Spaniard has sought to further clarify the events that unfurled that day while offering another apology.

Neymar to miss up to eight weeks with ankle injury

EPL: Why I couldn’t break into Chelsea’s first team – Kenneth...