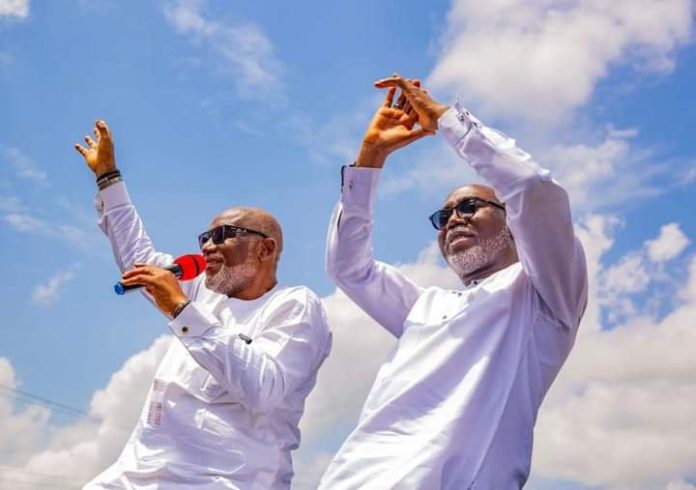 The judgment was delivered after one hour of anxiety and a split decision of four to three.

In the majority judgment delivered by Justice Emmanuel Agim, four of the seven-member panel, dismissed the appeal by Eyitayo Jegede and his party, the Peoples Democratic Party (PDP), on the grounds that it was incompetent.

Justice Agim upheld an earlier judgment of the Court of Appeal that the petition filed by Jegede and his party at the election tribunal was incompetent because they failed to include the Yobe State Governor and Chairman of ther Caretaker Committee of the APC, Mai Mala Buni as a party.

In the minority judgment read by Justice Mary Peter-Odili, the court upheld the appeal and dismissed the cross appeal by the Independent National Electoral Commission (INEC), Akeredolu and the APC.

Odili and two other members of the panel were of the view that since the APC, for which Buni acted, was a party in the case, there was no need to include him as a party.

Evans: How he shot Young Shall Grow Motors’ chairman – Police