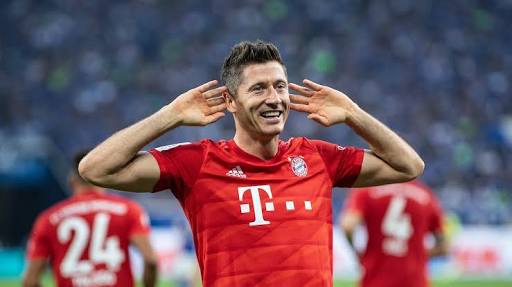 Bayern Munich have made it clear to Chelsea that Robert Lewandowski is not for sale this summer.

The Blues are in the market for a top striker and have made Borussia Dortmund’s Erling Haaland their number one target.

It has led Chelsea to exploring other options, with Lewandowski now on their shortlist.

Lewandowski, who finished as the Bundesliga’s top scorer with 41 goals last season, has just two years remaining on his contract with Bayern. Chelsea had approached the Poland striker’s agent to discuss a possible deal.

But Bayern president, Herbert Hainer, is adamant that Lewandowski could even commit to a new deal.

“Firstly, in my opinion, Lewandowski is the best striker in the world. We are so happy that we have him in our team.

“He still has two more years on his contract. He will definitely play those with Bayern Munich.

“I said it already a few weeks ago – I could imagine him staying with us for even longer. He will honour his contract.

“He will definitely play the next two seasons here in Bayern Munich,” Hainer told Goal.

Mourinho: Henderson ready to be Man Utd No.1