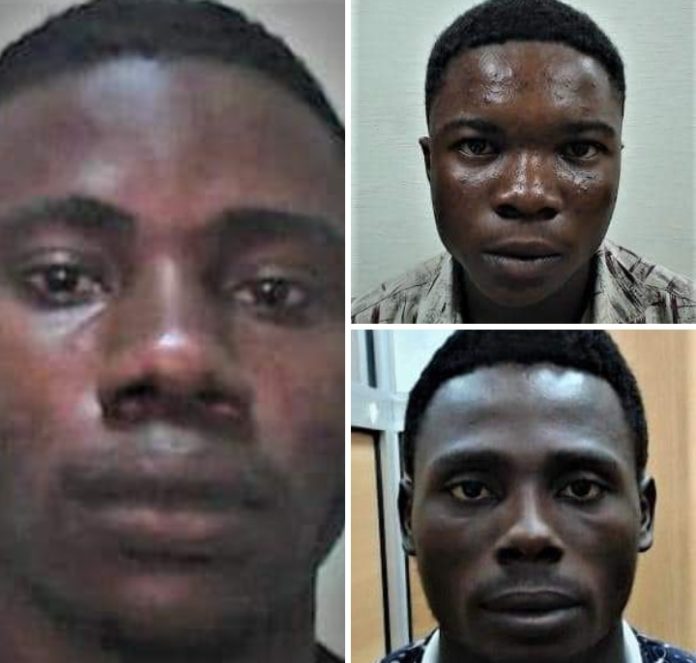 The convicts: Paul Effiong Aniedi, Meshack Aniekan and Ovie Collins were jailed after pleading “guilty” to one- count separate amended charge, following their arraignment by the Port Harcourt Zonal Command of the Economic and Financial Crimes Commission (EFCC).

One of the charges read:
“That you, Paul Effiong Aniedi (aka Austin Sylver) in 2020 within the jurisdiction of this Honourable Court, fraudulently impersonate yourself as Austin Sylver, a Crypto Currency dealer from Australia, to one peter Wilkinson and others from United States of America, with intent to gaining monetary advantage for yourself and thereby committed an offence punishable under Section 22 (2) (b) (i & ii) of the Cybercrime (Prohibition, Prevention, etc) Act, 2015”.

Based on their “guilty” plea, prosecuting counsel, S. Ibekwute, prayed the court to convict and sentence them accordingly.
Justice Mohammed convicted and sentenced the three defendants to three years imprisonment each, with an option of fine of Two Hundred Thousand Naira (N200, 000.00) each.

The court ordered that the phones employed in committing the crime: a blue Techno Spark 4, a blue Galaxy A10S and a gold- coloured Gionee S10 be forfeited to the Federal Government.
Aniedi, Aniekan and Collins got into trouble after the EFCC worked on some verified intelligence, linking them with fraudulent activities on the internet. They were arrested at Sam Mba Close, off NTA Akparale Road, Port Harcourt, Rivers State and prosecuted.