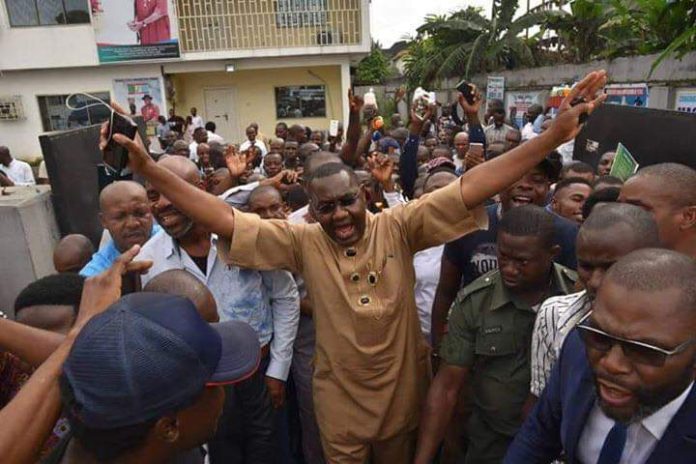 Senator Magnus Abe has asked his supporters to boycott tomorrow’s Ward Congress of the All Progressive Congress, APC in Rivers State following the alleged exclusion in purchase of Nomination Forms.

Senator Abe while addressing his supporters at the Freedom House in Port Harcourt on Friday, wondered why the party did not behave differently after all it went through.

He however added that they will follow the directive of the national body and make their positions known to the party.

Senator Abe while reacting to leader of the team for the sale of Nomination Form, Amina Gamawa said her presence in Rivers state was to create obstruction amongst party members who wanted to participate in the Congress.

I Have No Preferred Candidate In Lagos LG Poll – Tinubu

11 out of 39 citizens arrested in Ghana rescued by Nigerian...