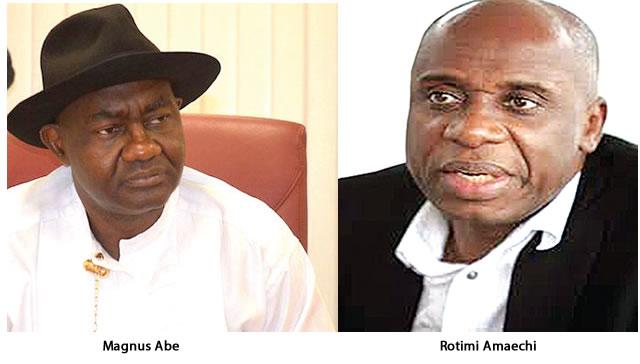 The All Progressives Congress has learnt through credible sources that Senator Magnus Abe and members of his team are shopping for an injunction restraining the party from going ahead with its congress in Rivers State.

The party said through its Spokesman, Chief Ogbonna Nwuke that around 4pm today, Friday, 30th July, 2021, members of Abe’s Unity House, in the company of their lawyers, were spotted at the premises of the Judiciary.

“We have learnt that at about 4pm today, Friday, 30th July, 2021, Senator Abe’s lawyers were filing papers to stop the APC from going along with its planned congress as approved by the National Secretariat.

“We have further learnt that the Chief Judge of the State who was still within the court premises may any moment from now assign the matter to a judge who would be expected to issue a restraining order.

“We are not surprised by the existence of the plot which was put to the test before the 2019 elections by Senator Magnus Abe and his external collaborators.

“It has become necessary to inform members of the public, including our teeming supporters, of the existence of the plot that is being hatched to obstruct the conduct of the congress.

“It is quite clear by now that each time the APC plans to deepen its internal democracy through processes that would enable members test their popularity, certain paper tigers in our midst who lack active grassroot support connive with their friends in the other party to file frivolous cases.

“In the meantime, we urge our members to remain calm. We wish to assure the people of Rivers State, particularly our supporters, that no matter how long it takes to obtain justice, our party shall secure legal reliefs which would guarantee the right of our members to pursue their legitimate aspirations. This is our promise.”