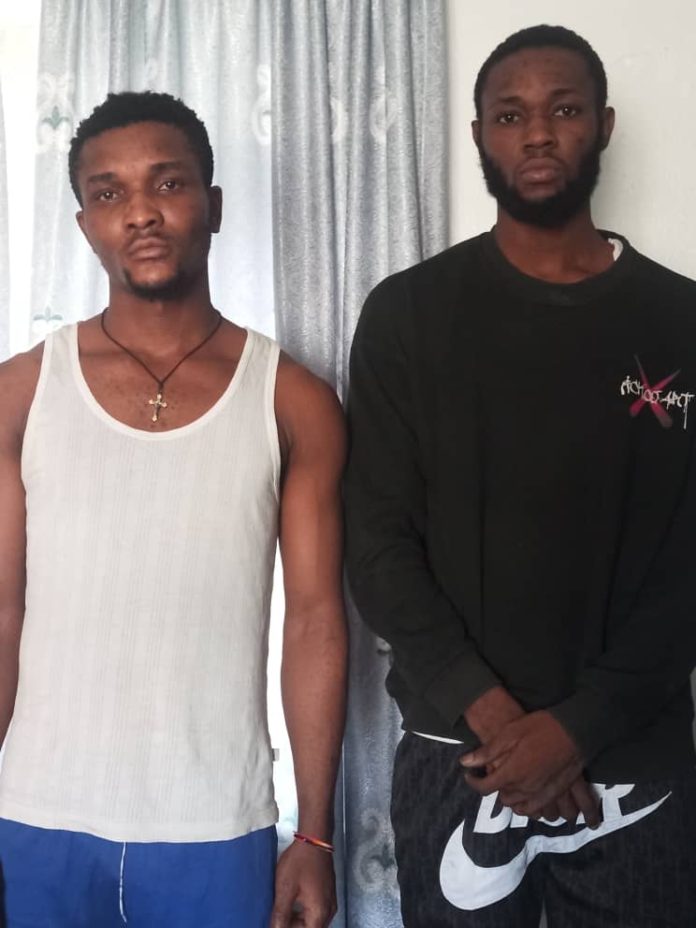 Pressmen gathered that those now telling the authorities what they know about various allegations against them include two members of a seven-man gang who allegedly robbed one-time Attorney General of the State and Commissioner for Justice, Chief Theo Nkire, of his belongings.

Our source disclosed that the bandits invaded his house along the Theo Nkire Avenue, GRA, Aba, on April 9, this year, and successfully took away his television set, phones and N420,000 cash.

They also robbed one Nnodim Ikechi of his wrist watches, phones, travelling documents and television set before shooting him on his left eye.

Two of them, Emmanuel Paul, aged 22, and 17-year-old Ifeanyi Onyemiesi, were arrested through intelligence reports, while China, Ifeanyi (a.k.a. Show), Prince (a.k.a. Aboy), Toothpick, Bouncer and Victor, alias Stainless, were yet to be arrested.

Onyekachi, was also shot on the stomach by the hoodlums.

Meanwhile, another Emmanuel Emeka, from Amogudu Abiriba, but living at No 10 Azuka Street, Ogbor Hill, Aba, and leader of a four-man gang was nabbed along Ngwa Road, with a locally made gun, while his colleagues, Emeka, Milike, and Chimaobi, ran away.

The police had, therefore, appealed to good spirited members of the Aba community and others who have information on the whereabouts of the wanted bandits to contact its formations, while assuring the safety of such informants.