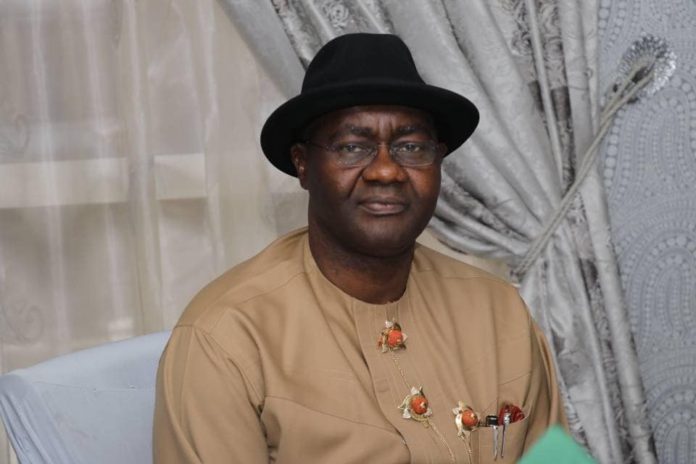 …It’s Now Time To Do Justice:

Former Senator Magnus Abe has slated that the Supreme Court has secured the appointment of Mai Mala Buni As Chairman Of The CECPC.

Last week following the judgement of the Supreme Court in Jegede Vs Akeredolu, there was a lot of controversy in the APC over the appointment of the serving Governor of Yobe state Alhaji Mai Mala Buni as the chairman of the Caretaker/ Extraordinary Convention Planning Committee of our party. Thankfully the party resisted the temptation to commit political Sucide in panic mode.

A careful examination of the Supreme Court judgement however shows that the Supreme Court has in its pronouncement in that now landmark judgement of Jegede Vs Akeredolu secured the tenure of the Chairman CECPC, Governor Mai Mala Buni and ended the controversy over the propriety of his appointment.

Without citing the judgement it now trite that the Supreme Court held that the issue of Mai Mala’s competence in relation to section 183 of the 1999 Constitution of the Federal Republic of Nigeria (as amended) cannot be decided in any case in which Mai Mala Buni the Executive Governor of Yobe State is not a party.

This was the main thrust of Festus Keyamo’s argument where he said, “therefore, any other person affected by the actions of the Buni-led Committee will henceforth not fail to join him in any subsequent case in court. These include any subsequent election matter in any part of this country and all the APC Congresses that are about to hold. The Supreme Court has just weaponised all those that would be aggrieved by the APC congresses to proceed to court to challenge the competence of the Buni-led CECPC to organise the congresses and National Convention. The judiciary will subsequently destroy the entire structure of the Party from bottom to top”.

Beautiful argument but the question now arises can Buni be joined or made a party to any lawsuit anywhere in the Federal Republic of Nigeria while still serving as the Executive Governor of Yobe State?

Section 308 of the Constitution of the Federal Republic of Nigeria (as amended) states clearly that no civil or criminal proceedings can be instituted or continued against a serving Governor, neither can any legal processes or summons be issued against Governor in any guise whatsoever. By holding that Buni in person and not the APC alone will have to be a party to suit in which this matter will have to be decided the Supreme Court has already decided that the matter cannot be adjudicated upon until the 29th of May, 2023, when the immunity conferred by the constitution on Governor Buni will expire.

In any lawsuit anywhere in this country where this matter is brought up, the APC ONLY HAS TO CITE JEGEDE VS AKEREDOLU WHERE THE SUPREME COURT HELD THAT BUNI MUST BE A PARTY AND BUNI ONLY HAS TO CITE SECTION 308 OF THE CONSTITUTION WHICH SAYS HE CANNOT BE A PARTY.

Where then is the threat? .
By May 2023 when Buni’s immunity will expire with a new government and a new party leadership long in place this matter will be largely academic.

The CECPC should proceed without fear to discharge its mandate to all party members and do what is right.

The greatest challenge facing the party today is not the threat of litigation but the inability of the party to stand up to its godfathers and protect the rights of its members across the country who are daily being openly oppressed and denied their rights and privileges while the party appears helpless.

For example in Rivers State, the party in response to the report of its own membership registration and revalidation committee report publicly directed that membership registration and revalidation to resume in Rivers State. Two separate committees and directives were given, both were publicly disobeyed and yet the party did nothing, rather sham ward congresses proceeded as if it there are two separate political parties saying different things.
Even when members were openly disenfranchised the party said nothing and appeared helpless in a situation in which ordinary members of the APC were being publicly maltreated. Forms were issued in bulk to one group, the other group was made to sleep over night in front of the APC secretariat and given one hundred forms.

This issues of justice, equity and lack of respect for our members and their rights is a greater danger to the APC in Nigeria than the threat of litigation over Governor Buni.

The party is nothing without justice. It is time for us as a party to stop worrying over what others will do instead let us worry about what we are doing.

Obaseki, Malaysia seal deal for University of Innovation in Edo