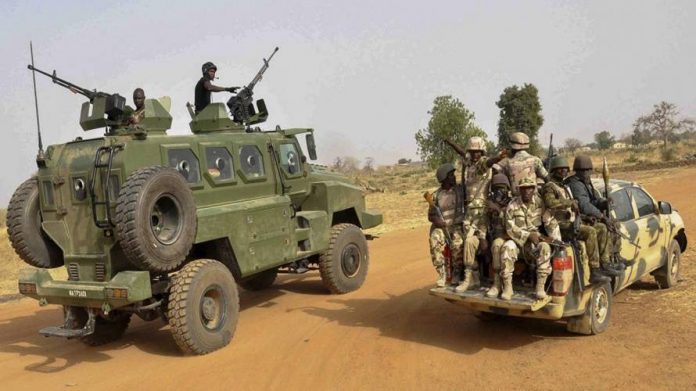 On Wednesday the Kaduna State Government said troops averted an attack in Zangon Kataf LGA and arrested one suspect.

In a statement by Samuel Aruwan, Commissioner, Ministry of Internal Security and Home Affairs, said: “Troops of Operation Safe Haven have reported to the Kaduna State Government that an attack was averted in Magamiya village of Zangon Kataf local government area.

“According to the report, gunmen invaded some fields in the village, shooting sporadically. Troops responded to a distress call, mobilized to the village and engaged the assailants, successfully repelling them.

“One of the attackers, identified as Yusuf Aliyu, was arrested by the troops and is in custody for interrogation and further investigation.

“A resident, Shedrach Yohanna was hit on his left arm by a stray bullet during the attempted attack. He is receiving treatment and is in stable condition.

“Receiving the report, Governor Nasir El-Rufai thanked the troops and commended their alertness in averting the attack promptly. He wished the injured resident a quick recovery and urged security agencies to ensure a thorough investigation.”