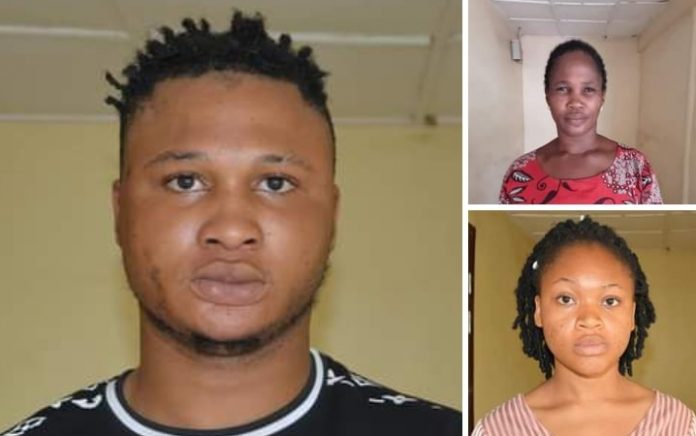 A syndicate of internet fraudsters comprising a son, mother and three others were today August 26, 2021 convicted and sentenced to various jail terms by Justice Hannatu A.L Balogun of the Kaduna State High Court, Kaduna, after pleading guilty to separate one count charge that borders on cheating by impersonation, concealment of stolen item, aiding and abetting.

Based on their pleas, Justice Balogun sentenced Israel Justin, Lucky Ebhogie and Richman Kas Godwin to 6 months imprisonment each without option of fine. They are also to forfeit all items recovered from them, which are believed to be proceeds of crime.

Aside from the prison terms, the court ordered Lucky and Richman to restitute their victims the sum of $7500 and $1200 respectively, while the iPhone 11 Pro recovered from Richman is to be sold and the value restituted to the victim.

The monies are to be handed over to the victims through the American Embassy by the EFCC.

The two other convicts, Precious and Margaret were sentenced to a fine of N 150,000 each. Failure to pay the said fine, they shall be committed to prison for a term of 6 months each.

The sum of N7, 000,000 given to Margaret by Lucky to conceal, was ordered forfeited to the Federal Government.

Let Us Synergize for the Greater Good of Abia – Speaker...