Home FEATURED Abia at 30: Celebrating Two Years of Legislative Excellence under the Leadership... 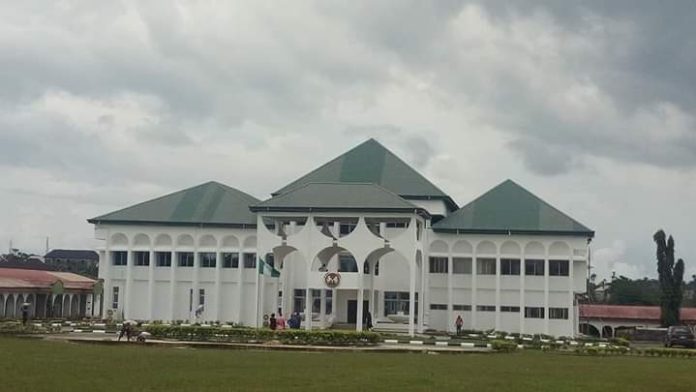 It was exactly two years on June 10, 2021, since the result-oriented 7th Abia State House of Assembly under the Speakership of Rt Hon Chinedum Enyinnaya Orji MNSE was inaugurated. From then on till now, the House comprising people of established excellent characters has been working to see to the peace, unity, progress, prosperity and the general well being of Abians through timely and effective legislative interventions using such instruments as Motions, Bills, Summons, Investigations, Constituency Projects among others, and a well documented impeccable interdependent relationship especially between the Executive and the Legislative Arms of Governmemt, without compromising their respective independence, to achieve this. So it is not for nothing that the Assembly Members, both as individuals and as a group, have regularly been in the news for good and for the good of the people. This is in line with the Multiple Award Winning Speaker’s avowal in his inauguration speech when he said, “This 7th Abia State House of Assembly shall be vibrant and result-oriented. We are the House of the people, by the people and for the people and we shall endeavour to make the people the centre-point of all our actions and decisions. We are therefore committed to the enactment of sound laws and legislation that will help in uplifting the lives and well-being of Ndi Abia”.

So, as the State marks 30 years of its creation on August 27, 2021, it is important to note the invaluable contributions and vision of the Chinedum Orji-led 7th Abia State House of Assembly as it signposts the importance of the legislature in the journey of a State like Abia towards growth and development since her creation.

This vision has been the pedestal upon which all the Members have been standing to perform their duties. The effusive accolades they receive almost on a daily basis from people from all walks of life are a copious testimony to how endeared they are to the people for whom they pass impactful motions and make sound laws. 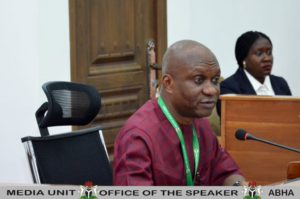 Such laws passed include but not limited to:

Apart from a plethora of Motions that have been passed and which are too numerous to mention here, ther are several other Bills that have scaled through the Reading stages awaiting passage into Law.

These feats have been achieved within the short period of time the House has had to work considering that 2020 was a year the world almost came to a standstill and activities put on hold. So, while the House was inaugurated two years ago, it has had only one year or even less to achieve the many feats it has recorded, given also that the nationwide strike action of the Parliamentary Staff Association of Nigeria (PASAN), Body of the civil servants working at State Houses of Assembly, had paralysed activities at the Houses for close to three months this year. Despite this, Members of the Abia State House of Assembly are not relenting in their commitment to the people as they keep on providing dividends of democracy in terms of sound people-oriented legislation and physical infrastructure.

For example, the Speaker himself has embarked on the construction of nine mini-stadiums across his constituency and beyond. The stadiums which are at different levels of construction stage are located in Isieke community, St Stephen’s Primary School, Umuahia, Ezeleke Community Primary School, Umuopara, Ubakala, Ikwuano, Olokoro, and Ohuhu communities respectively.

The Speaker has also at one time or the other, provided potable water, electricity transformers, renovation of schools, health centres and such other facilities to communities.

Through his esteemed interventions, citizens of the State have been given employment in both public and private sectors; he has given start up capital/equipment to numerous MSMEs, organised health outreach, sponsored certificated ICT Training/empowerment programmes for youths, granted scholarships to indigent students, intervened in the provision of facilities to both primary and secondary schools among other dividends to the people.

Of particular interest among these interventions by the Speaker is his ICT training/empowerment in which close to 200 Abia youths are beneficiaries.

The ongoing free training/empowerment programme which was flagged off on April 15 by the Speaker has the beneficiaries trained free of charge in the following areas:

This is particularly delightful given that ICT is the new crude of the world in this age and those knowledgeable in it have the possibility of gaining an edge in a highly competitive world.

The Abia Speaker’s youth-focused and people-oriented programmes as this one keep empowering Abia youths and make them independent entrepreneurs, wealth creators and employers of labour thereby leading to a society of youths with less vices and greater prosperity. The good news is that this us just the first phase as more youths are set to benefit from the next phase that will be flagged off soon.

The same people oriented services are rendered to their constituents by all Members of the House who have worked in harmony not only as Lawmakers and colleagues, but also as brothers, irrespective of political affiliations, with a common vision of improving the welfare of the people.

While we hear of chaotic relationships between the Executive and the Legislature in other places, the synergy between the Executive and Legislative Arms of Governmemt in Abia State has been top notch and it rubs off positively on the people as the Governor’s ever progressive actions are given accelerated legislative backings and consideration in order for him to deliver on his goals without any encumbrances, hence, in the history of our modern democracy, the Abia State House of Assembly passed the 2020 and 2021 Budgets in record time, making implementation possible right from January 1 of the concerned years, despite putting in painstaking efforts at ensuring they dot all the necessary i’s and cross the appropriate t’s.

Furthermore, to demonstrate its undiluted commitment to the peace, progress and prosperity of Abia, the State House of Assembly had on October 30, 2019, hosted Federal Lawmakers of Abia origin, irrespective of party affiliations, to an interactive session on how Lawmakers at different levels needed to close ranks and work together for the good of the State. And the result has been excellent.

So, as the Abia State House of Assembly enters its third year of existence, Abians should be assured of even a more responsive, innovative, service and result oriented House that has already written its name in gold as the Best Assembly Abia has ever had, having also bequeathed to the State what is arguably the best House of Assembly Complex East of the Niger!

So, as Abia State marks 30 years of her existence, her history of progress and strive towards prosperity cannot be complete without the sterling roles and contributions of the 7th Abia State House of Assembly under the leadership of Rt Hon Chinedum Enyinnaya Orji taking a prominent space. No wonder he was recently voted and honoured during the Press Freedom Awards of the Nigerian Union of Journalists (NUJ) as Speaker of the Year at a colourful ceremony held at the prestigious Ladi Kwali Hall of the Abuja Shetaton Hotels & Towers, Abuja, on May 5, 2021.