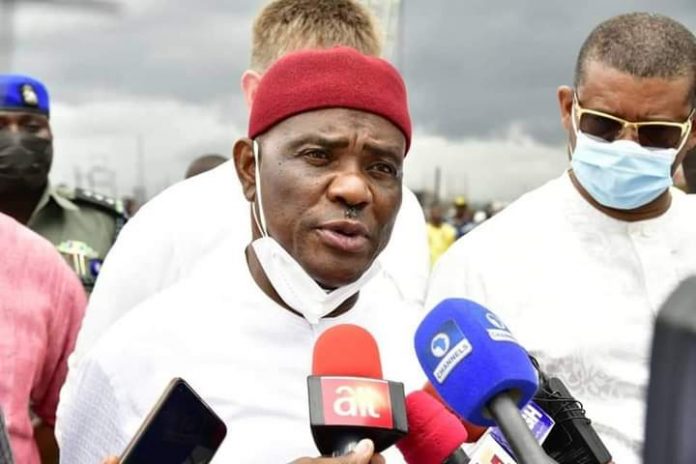 Governor of Rivers State, Nyesom Ezenwo Wike says he has approached governance with human face through ambitious investment in basic infrastructure and creation of the necessary environment for economic growth in the State.

The governor has also maintained that the enormous infrastructural achievements recorded by his administration has been made possible by the prudent management of State resources.

Governor Wike stated this after inspection of the ongoing construction of Rumuepirikom, Rumuola, G.R.A junction, Nkpolu-Oroworukwo flyovers; dualisation of Ezimgbu road and Tombia road extension in Port Harcourt on Monday.

He said the State government and the contractor, Julius Berger, have agreed to make some adjustment on the Nkpolu-Oroworukwo flyover due to some buildings affecting the construction work.

“We have told the Ministry of Works to let the valuer come over within the next one week to value some of the property still remaining, which are obstructing the construction.”

He explained that his administration in a bid to infuse human face into governance has embarked on a development model that is both sustainable and inclusive.

According to him, there is no local government area in the State that the government has not invested huge resources in construction of schools, hospitals, roads and other critical infrastructure.

“How I wish I had all the time to do everything. It would have been my pleasure, that in my time every community in the state could say I was able to touch them.

The governor, who expressed optimism that the Rumuola, G.R.A junction flyovers as well as the dualisation of Ezimgbu road and Tombia road extension in Port Harcourt will be completed in a few weeks, disclosed that the State government will embark on another round of commissioning of projects, beginning from the end of September to second week of October.

The governor attributed the modest infrastructural achievements recorded in the State to the passion and commitment of his administration to transform the State to major national economic hub in the country.

Governor Wike noted that his political opponents who boasted that his administration would not make any meaningful impact in the State when he first assumed office, are today stunned because he has surpassed their expectation.

He reiterated that he will not abandon any project awarded by his administration for his successor to finish. He further added that he will not stop working and delivering projects in the State till 29th May, 2023 when his tenure will end.

“Every project we have awarded, we must complete them. I am not going to abandon any project for my successor. I don’t want anybody to leverage on the problems that he met. Let it be that I have been able to solve the problems I created for myself
.”

EFCC Arrests Two Owners of Yahoo Schools and Seven Others in...