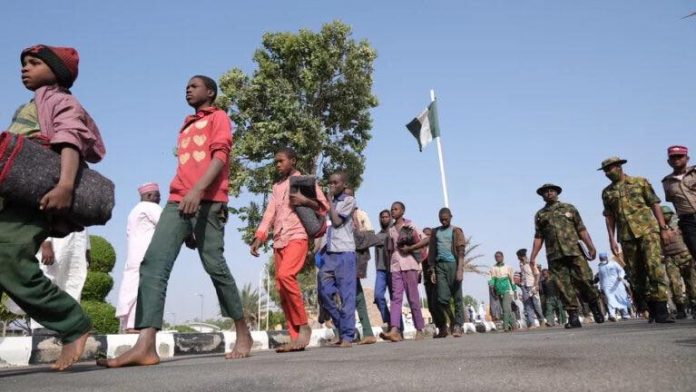 A student of Government Day Secondary School, Kaya, Samaila Dahiru, has narrated how he was shot by bandits who attempted to kill his teacher.

The 13-year-old sustained a gunshot injury on his thigh during the abduction of 73 students from the school in Maradun local council of Zamfara State.

Speaking with newsmen on Saturday after he was discharged from the hospital, Dahiru said a fellow student carried him on his shoulders and fled into the bush.

“I was in class when we saw them coming. They got into the school and took a number of us using their motorcycles. They took both girls and boys into the bush. Some of them were made to trek,” he said.

“I ran away and they chased me. I was calling Mallam Kabir, my teacher, when they made an attempt to shoot him but suddenly they shot me.

“One of the students in my class carried me on his shoulders after I was shot and ran into the bush with me. When the place was peaceful, he took me home.”

Aliyu Abubakar, a teacher in the school, said Dahiru’s medical bill was paid by the state’s ministry of humanitarian affairs.

Promotion: Rivers Govt yet to release interview result after 10 years...