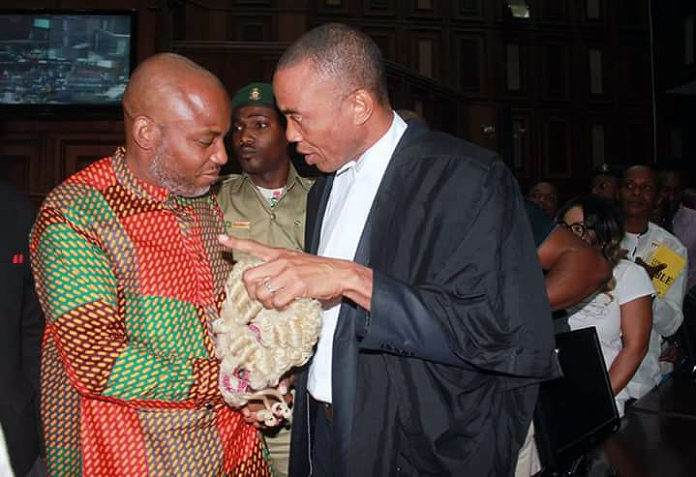 On Tuesday Bruce Fein, an American lawyer of Nnamdi Kanu, leader of the Indigenous People of Biafra, IPOB, has threatened to drag President Muhammadu Buhari and the Nigerian government to the International Criminal Court, ICC.

Fein said he would drag the Nigerian government before the ICC to ensure they comply with international laws.

He accused Buhari and his government of violating crimes against humanity and violation of conventions.

Addressing a press conference in Abuja, Fein claimed that the Nigerian government’s alleged kidnapping and torturing of Kanu in Kenya was a violation of human rights.

According to Fein: “Among other institutions, I plan to visit the International working group on arbitration that sits in Geneva. It is an arm of the United Nations and is a human rights council.

“We are going to pursue all these on legitimate platforms in the international community to make it clear that anything that transpires regarding Nnamdi Kanu’s case is fully in the sunshine; it would not be clouded.

Kanu is currently locked up by the Department of State Services, DSS, following his rearrest.

The IPOB leader is said to have been rearrested in Kenya, a claim the Nigerian government is yet to confirm.

His family had claimed that Kanu was detained for eight days after he was rearrested in Kenya.

It’s Important Our People Comply With Early Warning of Floods –...