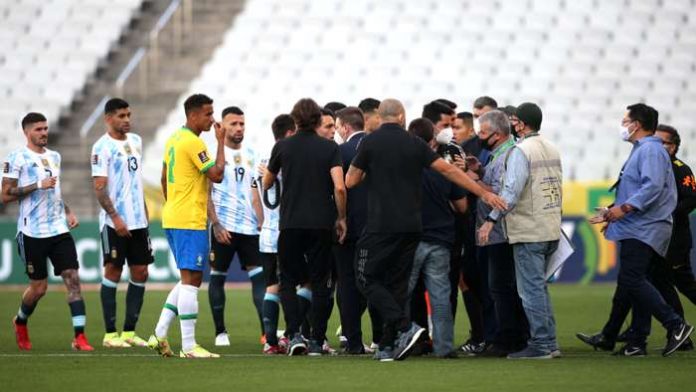 FIFA have released an official statement following the suspension of the World Cup qualifying fixture between Brazil and Argentina on Sunday.

The contest at Corinthians Arena was called to an abrupt halt minutes after kick-off when health authorities attempted to reprimand three Argentina players for breaching Covid-19 rules.

The visitors eventually walked off the pitch and roughly an hour after the game was stopped South American football’s governing body CONMEBOL confirmed its suspension, and now FIFA have pledged to look into the incident in greater detail.