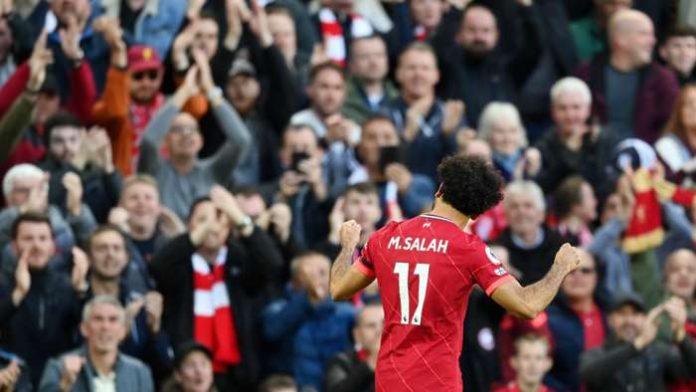 The Egyptian left several Manchester City defenders in the dust before powering a shot past Ederson in the thrilling draw at Anfield on Sunday.

The forward dribbled through City’s defence before striking a difficult weak-footed shot past Ederson to give Liverpool the advantage at Anfield. However, Kevin De Bruyne went on to equalise with the match finishing 2-2.

It was Salah’s seventh straight match in all competitions with a goal, which equals his longest scoring streak for the Reds.