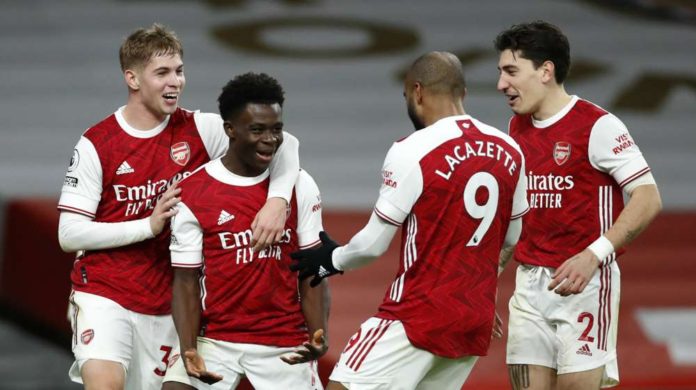 Jamie Carragher, Liverpool legend has said Arsenal are the outsiders to watch in the race for the Premier League’s top four this season.

Despite the Gunners starting the campaign with three straight defeats, Carragher feels they are still in contention for Champions League spots.

Before the season began, Manchester City, Chelsea, Liverpool and Manchester United were tipped to finish in the tip four.

But Carragher believes Arsenal should be “watched closely”, as they have recovered with victories over Burnley, Norwich and Tottenham, before drawing with Brighton before the international break.

Mikel Arteta’s side are in 11th place, having taken 10 points from their first seven games.

“We can already see which are the top four strongest Premier League teams.

“The team that I think is worth watching closely as the season evolves is Arsenal.

“If they can get the consistency into their young side, the lack of European football can be a massive help for Arteta as he spends more time with his players on the training ground.

“I think it is too soon for them to qualify for the Champions League, but of the chasing pack they may prove themselves best equipped to challenge,” Carragher wrote in the UK Telegraph.