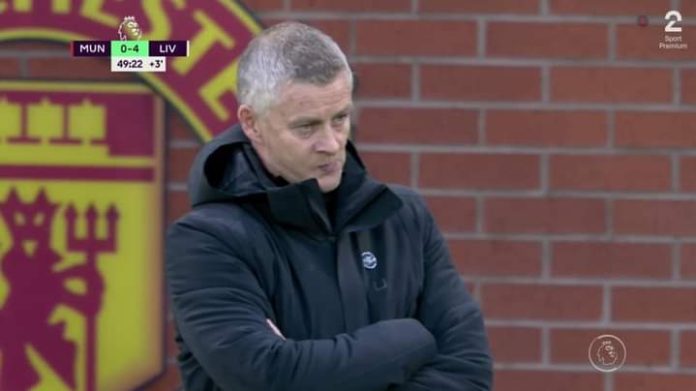 Manchester United fans called for Ole Gunnar Solskjaer to be sacked during their humiliation against Liverpool on Sunday.

The visitors were 5-0 up against the Red Devils within just 50 minutes, while a terrible afternoon for the hosts went from bad to worse when Paul Pogba was sent off.

Pogba had only been brought on at half-time and lasted just 15 minutes before he was shown a straight red card for a tackle on Naby Keita, with the game ending in a 5-0 humiliation for the Red Devils.