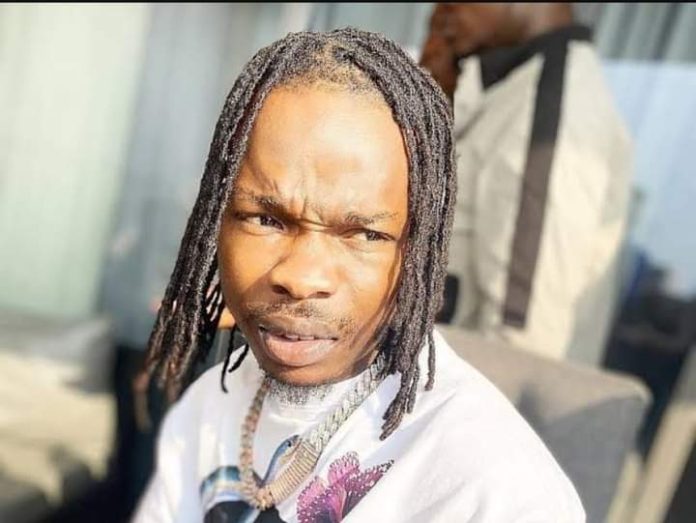 The trial of music artiste, Azeez Fashola, popularly known as Naira Marley, on 11 charges bordering on conspiracy, possession of counterfeit cards and fraud, resumed on Tuesday at the Federal High Court, Lagos.

The court listened to the testimony of a second prosecution witness, Anosike Augustine, a mobile forensic expert with the Economic and Financial Crimes Commission (EFCC).

Led in evidence by the prosecutor, Rotimi Oyedepo, the witness continued his testimony which he had begun in 2020 just before the COVID-19 lockdown.

Anosike narrated how about 2,410 short messages were analysed from the iPhone of the defendant. He also said that different credit card numbers were extracted from the defendant’s iPhone.

According to him, the Apple iPhone is a sophisticated device capable of storing a large volume of information, adding that it is the sim card that basically identifies users of applications such as WhatsApp.

The witness specifically took his time to read out a plethora of credit card numbers and messages sent from the phone on different dates and times, as well as OTP codes sent.

He listed some of the recipients of the messages to include one Yadd and another Raze.

After his testimony, the prosecutor informed the court that all the analysed messages were contained in a Compact Disc (CD) but that the prosecution had only printed out those portions which were material to its case.

The prosecutor then asked the court if he could be allowed to bring a projector for the purpose of playing the CD in the open court, so as to fully prove its cyber fraud case and discharge the burden placed on the prosecution and against the defendant.

The defence counsel, Senior Advocate of Nigeria, Olalekan Ojo did not have any objections to the request and the court allowed it.

Justice Nicholas Oweibo, therefore, adjourned till tomorrow, October 27, for the CD to be played.

On May 20, 2019, the anti-graft agency had arraigned the artiste Naira Marley, who sang the popular song: “Am I a Yahoo Boy”, before the Federal High Court, Lagos.

The commission alleged that Naira Marley and his accomplices conspired to use different Access Bank ATM cards to defraud their victims.

The EFCC also said that the defendant possessed and used counterfeit credit cards belonging to different people, with intent to defraud others.

The court granted him bail in the sum of N2million with two sureties in like sum.

At the last sitting of the court, Justice Oweibo admitted a C.D containing the phone analysis of the embattled singer.

The CD had been tendered in evidence at a previous proceeding by Anosike Augustine, a mobile forensic expert with the EFCC.

Anosike who is the second prosecution witness in the EFCC had told the court how he analysed the contents of the iPhone allegedly retrieved from Naira Marley during the investigation.

Counsel to Naira Marley, Olalekan Ojo, had objected to the admissibility of the evidence.

In his ruling, Justice Oweibo overruled the objections of the counsel and admitted the C.D in evidence.

The judge said, “l have considered the agreement of both parties as well as the ground for the objection, I consider the C.D to be admissible in view of the nature of this case and the evidence of the other prosecution witness.

“Accordingly it is hereby admitted in evidence and marked exhibit F.”

Before the testimony of the second witness, the EFCC had called another of its forensic expert, Nuru Buhari.

Mr Buhari, who testified as the first prosecution witness had told Justice Oweibo, that various stolen credit card information were retrieved from the musician’s laptop.

Mr Buhari also informed the court that suspicious apps that are mostly used by people with shady deals on the internet were found on the laptop.

Mr Buhari said an analysis of the administrator account on the laptop revealed that the admin is one Naira Marley and the account was connected to his iCloud account.