Home PUO NEWS ‘Impunity must be resisted, am appealing the Ruling’- Secondus 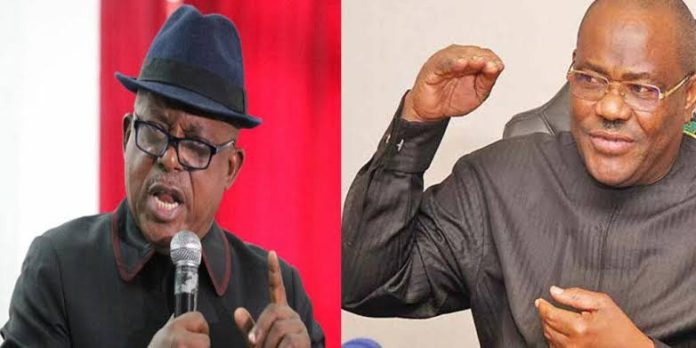 The suspended former Peoples Democratic Party (PDP) Chairman Prince Uche Secondus has reacted to the Court of Appeal judgement which dismissed his application.

In his reaction he said, I have just been briefed of the ruling of the Court of Appeal, Port Harcourt dismissing my motion to halt the National Convention of the party. I respect the position of the court even though I disagree totally with it.

Even as the substantive case is still pending at the Court of Appeal I have instructed my lawyers to study the ruling with a view to appealing it immediately as no abuse of the constitution of our dear party should be allowed to stand.

The issue is not about Prince Uche Secondus but about the sanctity of our party constitution and core democratic principles of justice and rule of law not only in PDP but in our democracy. No impunity must be condoned.
I will therefore wish to emphasis the fact that I did not take the party to court and would not have done that. As a foundation member of this party who has served at various levels, State Chairman, Chairman of state Chairmen, National Organizing Secretary, Deputy National Chairman, Acting National Chairman and now National Chairman, am very much abreast with the workings of the party. I have been a witness to how much harm litigations have done to our party in the past and as a result I have been a strong advocate against settling issues in courts.

This was why I resisted and rejected entreaties of those who wanted me to go to court to halt these forces when it was obvious that they were determined to disrupt my leadership and truncate my tenure in office with the sole objective of hijacking the party for their selfish ulterior motives.

To allow this travesty to stand is to reduce our beloved party to a level where anybody can wake up over night and remove officers against the proscribed constitutional process and the National Chairman for that matter. And purporting to use the judiciary through an experte order to legitimize same.

As a major practitioner in our democracy, I am duty bound to protect and defend the sanctity of the provisions of our constitution of which am the custodian.
I wish to therefore at this juncture thank and appreciate leaders and other stakeholders of our party who have called in to express their concerns on this matter and appeal for the understanding of all.
If those who orchestrated and fostered this avoidable crisis had listened to wise counsel of party leaders and elders who advised the withdrawal of cases, this situation would have been avoidable. I wish the party well as always.
Thanks and God bless.

Port Harcourt Campus Of Nigerian Law School Will Be Ready In...