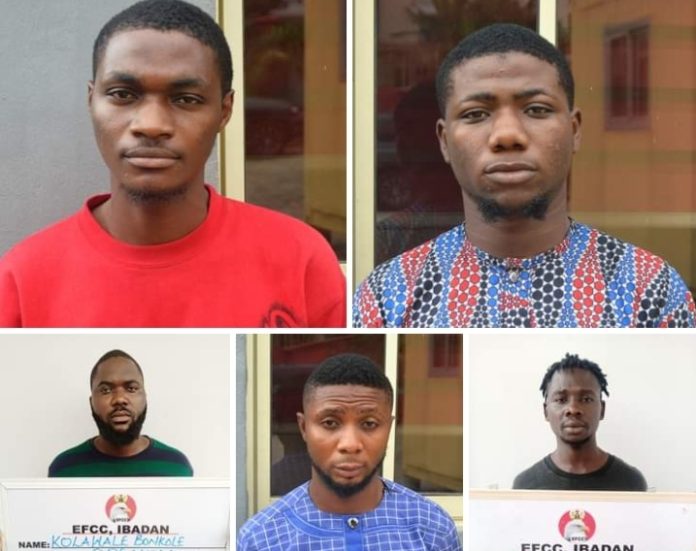 The convicts, Ogunbayo Peter Oluwatobiloba (aka Racheal Brinkley), Charles Jude Albert, Kolawole Bankole Opeyemi, Bello Tobiloba Abdullahi and Obitokun olugbade Solomon were found guilty of impersonation, an offence which contravenes section 22(2)(b)(1) of the Cybercrime (Prohibition, Prevention, Etc) Act 2015 and punishable under section 22(2)(b) of the same Act.

Bello and kolawole were convicted and sentenced to ten months imprisonment each; Ogunbayo, nine months; Obitokun, eight months, while Albert was sentenced to five months in prison. For details of this story and other stories, visit our website: www.efccnigeria.org