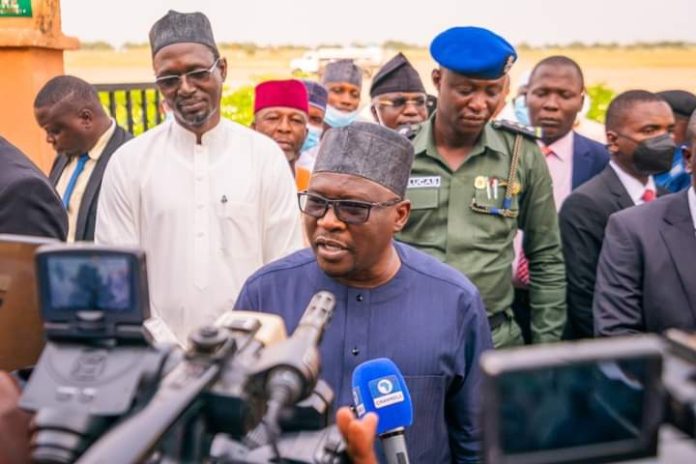 Governor Ahmadu Umaru Fintiri of Adamawa State, who chaired the recently concluded People’s Democratic Party (PDP) convention organizing committee, has given the ruling All Progressive Congress (APC) in the country a quit notice as the PDP prepares to reclaim the mandate in 2023.

The Governor made this statement shortly after arriving at the Yola international airport after conducting one of the most credible PDP conventions in country history. He was greeted by government officials and some loyalists.

Fintiri credited his success to his colleagues and other stakeholders, predicting that the PDP will be a force to be reckoned with by 2023.

He claimed that the PDP has been reborn and reenergized as a result of the convention, and that by 2023, the party will be in charge of the Asorock Villa.

According to the Governor, the PDP convention, which many consider to be the best in the country so far, is a sign that the party is poised and ready for 2023, and that the APC needs to figure out where it fits in.

Governor Fintiri, commenting on the election of a twenty-five-year-old as the party’s national youth leader, said it demonstrated the PDP’s tenacity in ensuring the delegates’ choice represents the best possible outcome.

On his part, Adams Kamale, the PDP’s incoming deputy financial secretary, described the convention as the best held in Nigeria, praising Governor Fintiri, who was at the helm of the party’s activities.

According to him, the convention demonstrated that the PDP is united and committed to reclaiming the Asorock Villa to restore Nigerians’ hope through purposeful leadership.