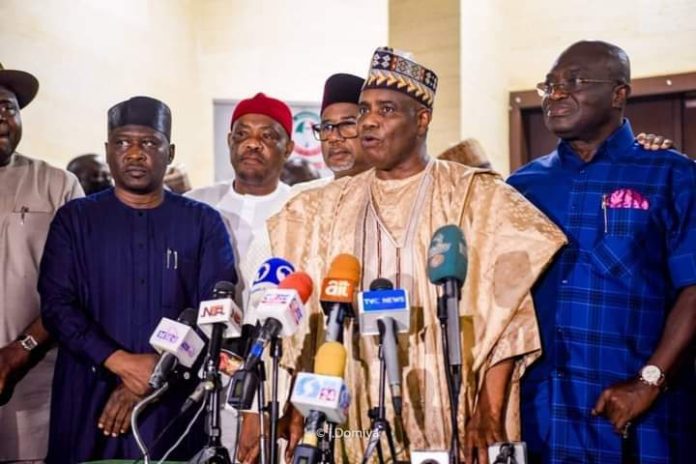 After successfully installing members of the National Working Committee (NWC),  governors elected on the ticket of the Peoples Democratic Party (PDP) are set to produce the party’s presidential ticket, it was learnt at the weekend.

At the convention, which ended yesterday morning in Abuja, the governors showed their dominance by installing their favourites in the key positions.

The PDP governors are pushing for a consensus presidential candidate from among their rank, it was learnt.

The governors have also resolved to fortify the PDP Governors Forum as the most formidable and influential bloc in the opposition party ahead of the presidential nomination, a source said.

The source, who pointed out that the 13 governors have taken over completely the party structures by installing majority of the members of the National Working  Committee (NWC), added that they also want to produce the presidential running mate.

The plot by the governors may put more hurdles on the path of other presidential aspirants, including Atiku, Kwankwaso and Saraki.

Although former Senate President and one-time Secretary to the Government of the Federation Ayim Pius Ayim has unfolded his presidential ambition, it is believed that PDP will zone the ticket to the North, having sealed a pact with National Chairman Iyochia Ayu that he would step down after the primary.

PDP governors said to be interested in the presidential ticket are Sokoto State Governor Aminu Tambuwal and his Bauchi counterpart, Senator Bala Mohammed.

Giving an insight into how governors of Rivers, Enugu, Delta, Akwa Ibom, Edo, Bayelsa, Abia, Benue, Oyo, Bauchi, Sokoto, Taraba, and Adamawa and Deputy Governor of Zamfara State, took full control of the party, the source said the move was to completely reduce the the influence of the party’s founding fathers.

He said the plot to dominate the party was evident in the way the governors policed the voting at the convention,  gave instructions to delegates and constantly exchanged notes among themselves throughout the event at the Eagle Square,  Abuja.

Also, for the first in the history of the opposition party, all the machinery necessary for organising the convention from the zoning committee, convention committee, and all-sub-committees, were headed by the governors.

The source said the governors ensured that their loyalists were nominated for the key positions, which they achieved by consensus among themselves.

He added: “In the three cases, which were decided by voting- deputy national chairman (south), national youth leader, and national auditor)-the candidates on the unity list drawn by the governors won.

“Ajibade is the first senior advocate to be elected into that office in the history of political party administration in the country.”

The source added: ”The governors probably conceded the crucial position to Saraki, who himself is a former governor and one-time chairman of the Nigerian Governors Forum, because of the respect they have for him and the good relationship he maintains with all of them.

“The implication of all of these is that PDP governors will most likely also decide how the presidential candidate of the party for the 2023 elections will emerge next year and who he will be.

According to the source, “the governors displayed cohesion, focus, unity, dedication, and camaraderie in the manner they conducted the election of the new NWC of PDP.

“They are doing this for a purpose. The ultimate end is to decide the presidential flag bearer.”

He stressed: “From the interaction and body language of the governors, two options are likely to be considered by them. One is to make one of them the presidential candidate or to produce a candidate who though might not be a serving governor, but must be in their age category or one of their peers. They  will want a candidate who they can relate with after emerging as president and who will not feel too big or paternalistic in his disposition towards them”

Party insiders also confided at the weekend that the governors have resolved that the presidential ticket should be zoned to the North while the South should produce his running mate.

The implication, said the party source, is that no Southern PDP governor will join the presidential race.

He said if the governors succeed in their plan, the likely running mate are Rivers State Governor Nyesom Wike, or his Delta and Enugu counterparts,  Ifeanyi Okowa and Ifeanyi Ugwuanyi. 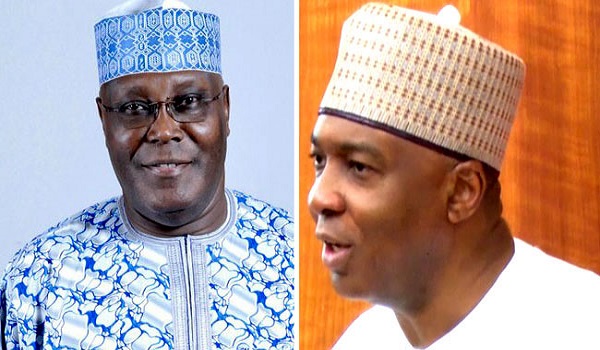 While Ayu, who was thrown up by the governors,  is conversant with the governors plan, a source close to him said his immediate assignment is to forge reconciliation in the party.

“He is now the link between the old and young members of the party and he may want to bridge the gap and rekindle confidence between them,” said the source.

Electoral Act Amendment: No Party Has Right To Impose Its Processes on Another

I Will Win – Okowa