Home PUO NEWS Ikoyi Building Collapse: Our Focus Is To Rescue As Many People –... 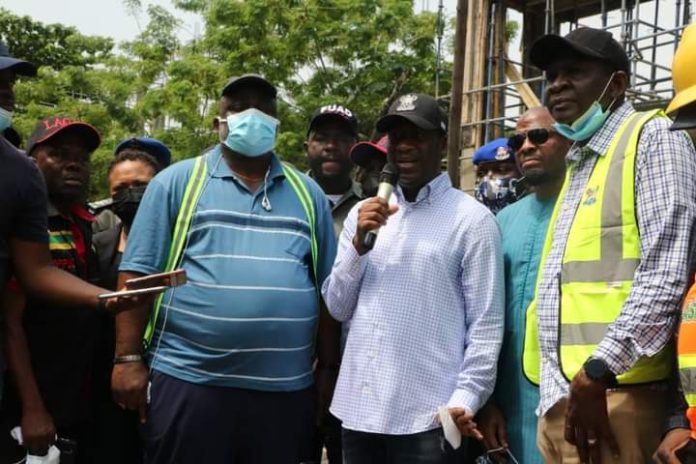 As rescue operations continue at the location of yesterday’s collapsed building at Gerrard Road, Ikoyi, the Lagos State Government has restated its determination to ensure that as many people as possible are rescued alive from the rubble.

Lagos State Deputy Governor, Dr. Kadri Obafemi Hamzat, disclosed this today while speaking with journalists and relatives of the victims during the monitoring of the ongoing search and rescue operations by agencies of government.

The Deputy Governor, who was accompanied to the site by top government officials, said the focus of government, for now, is to ensure that the ongoing rescue operations yield positive results such that those still trapped in the rubble are brought out alive.

He also stated that it will be difficult to ascertain the number of the trapped victims, noting that the building is still under construction and not yet occupied.

Stating that the project site was sealed up for four months by the relevant agency because of some anomalies in the construction process, the Deputy Governor gave further assurance that other adjourning buildings in the axis will be subjected to the Structural Integrity Test for appropriate action.

He emphasised that the State government would not relent in its efforts at ensuring that buildings under construction in Lagos are subjected to structural integrity tests to prevent issues of building collapse.

The Deputy Governor, who also led other top government officials to the Lagos General Hospital, Marina, where the survivors are being treated, promised that the State Government will take full responsibility for the treatment and medical bills of rescued victims of the Ikoyi building collapse.