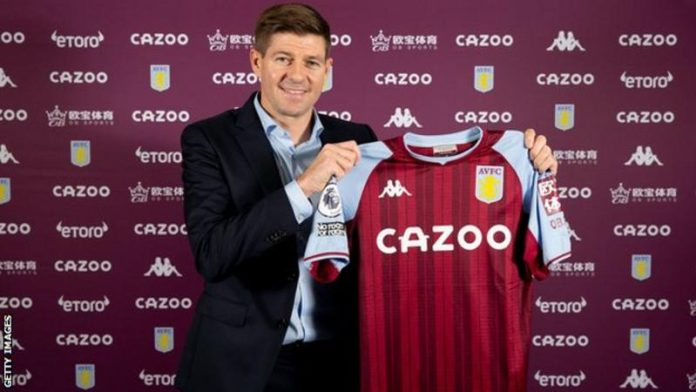 The former Reds captain has returned to the Premier League after being drafted in to replace Dean Smith at Villa Park.

Villa have moved quickly to secure their next head coach after deciding to sack Dean Smith following the team’s 1-0 loss to Southampton last week.

Belgium boss Roberto Martinez had also been linked with the role, but Gerrard has now stepped into the dugout at Villa Park, committing to an initial two-and-a-half-year contract.