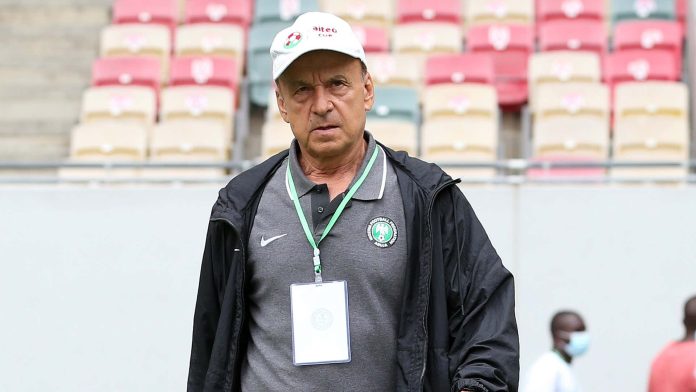 Gernot Rohr is focused on helping Nigeria avoid defeat against Cape Verde Islands and finish as group leaders in the second round of the Fifa 2022 World Cup qualifiers.

He disclosed that the Super Eagles are in good shape for Tuesday’s match and they are hungry to secure a convincing win over their visitors in Lagos.

Ahead of the important clash against the Blue Sharks, Rohr responded to critics about the team’s performance after their 2-0 triumph over Liberia in Tangier and he expressed confidence in the quality of the players in his squad.