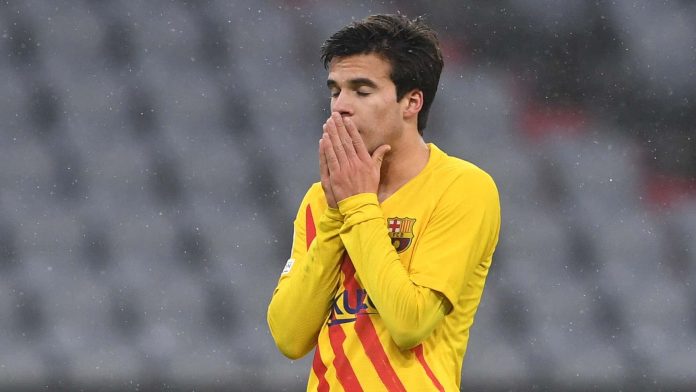 For the first time since 2003-04, Barcelona won’t be playing in the knockout rounds of the Champions League and will go into the draw for the Europa League on Monday.

Bayern are the third team this season to win all six of their group games in the competition, and will also find out their opponents for the last 16 on Monday.

Barcelona are knocked out of the Champions League after a 3-0 defeat to Bayern Munich.

The hosts took a 2-0 lead into half-time, with Muller’s looping header just crossing the line before it was cleared and Sane’s long-range effort catching out Ter Stegen.

In the second half, Barcelona didn’t offer much in terms of a response, and Musiala rounded it off with a cool finish following a quick break for Bayern.