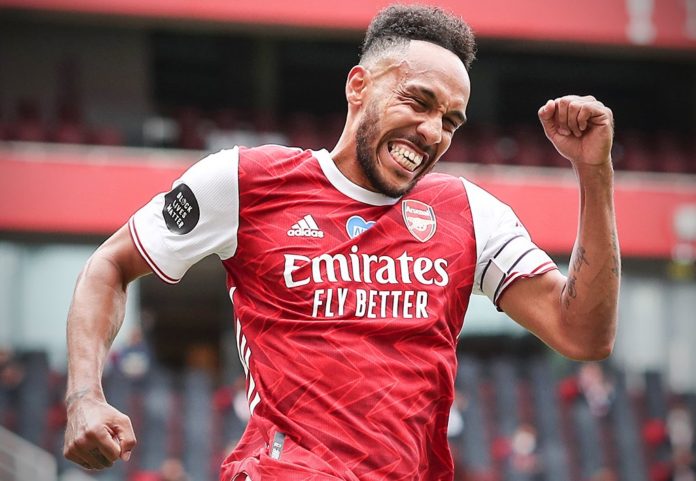 This was confirmed in a terse statement published on the club’s official website this afternoon.

“Following his latest disciplinary breach last week, Pierre-Emerick Aubameyang will no longer be our club captain, and will not be considered for selection for Wednesday’s match against West Ham United.

“We expect all our players, particularly our captain, to work to the rules and standards we have all set and agreed.

“We are fully focused on tomorrow’s match,” it read.

Aubameyang was also dropped for the 3-0 win over Southampton last weekend after he failed to arrive back at the club as agreed.

Arteta cited a “disciplinary breach” after the game at the Emirates

Ahead of Tottenham clash, Arsenal announce deals for Taylor-Hart, Clarke

It’ll be difficult for me and my staff to drop two...