Home PUO SPORTS Klopp to Tierney: I have no problem with refs – only you! 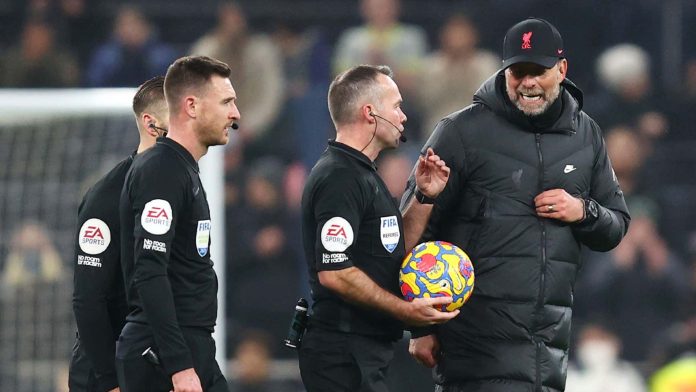 Liverpool head coach Jurgen Klopp hit out at referee Paul Tierney on the pitch following Sunday’s 2-2 draw at Tottenham, charging: “I have no problems with any referees – only you!”

Klopp felt Harry Kane should’ve been sent off for a first-half challenge on Andy Robertson that saw the striker only shown yellow. Later in the half, Diogo Jota had penalty appeals waved off after a challenge from Emerson Royal.

Robertson was later shown a red card himself for a challenge on Royal. Klopp had no complaints about that decision, but questioned why it warranted a VAR review when Kane’s foul did not.