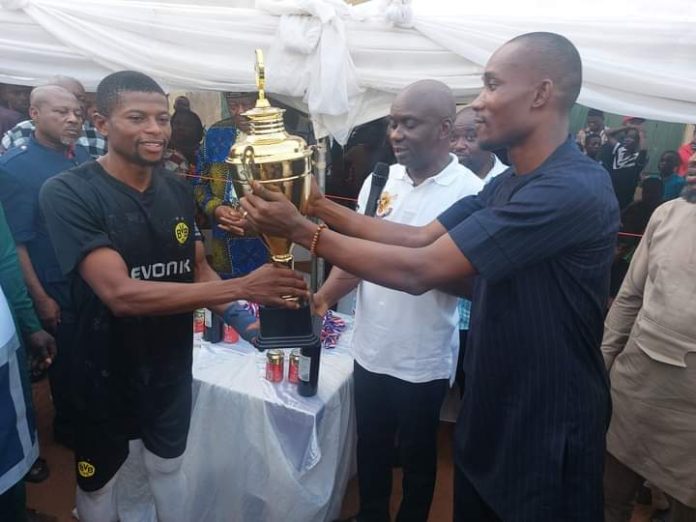 The Speaker did the ceremonial kick off for the commencement of the football match amidst cheers.

The Speaker promised cash rewards to the winners, 1st runners up, the best player, best goalkeeper and the officiating delegation. The Speaker’s announcement was greeted with a loud ovation from the spectators.

The Speaker had earlier visited the palace of Chief Uche Akwukwegbu (Bawas), the Traditional Prime Minister of Ibeku Ancient Kingdom who hosted the leadership and members of Ibeku Youth Association.

In his speech, Rt Hon Chinedum Enyinnaya Orji congratulated the newly elected Executive members of the and charged them to use their new positions to bring unity and progress to Ibeku clan.