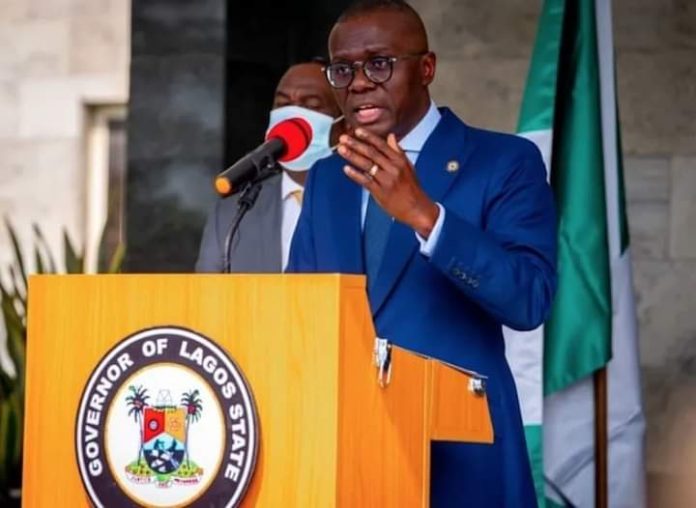 Nigerians have continued to react to the video currently making the rounds on social media where a yet-to-be-identified Chief Superintendent of Police (CSP) turned down the order of Lagos Governor, Babajide Sanwo-Olu, to leave Magodo Phase 2 Estate.

The governor was at the estate following a demonstration by residents against the deployment of security operatives to the area.

According to the video, the governor asked the officers to vacate the estate but the CSP turned down the order, stating that they were acting on the instruction of the Inspector General of Police through the Attorney-General of the Federation.

The governor said, “Can you call your superiors in Abuja and tell them that the governor is here, as the Chief Security Officer? You don’t have any business being in my state right now and I want you to disengage right now.”

The CSP replied, “I am here on the instruction of the Inspector General of Police through the AGF. I am too small or too low to call them. Your Excellency sir, you can call them sir.”

Some Nigerians who reacted to the development, hailed the governor for his calmness while interacting with the officers.

Some of the reactors asserted that Sanwo-Olu’s Rivers State counterpart, Governor Nyesom Wike would have dealt with the officers if he was the one being disrespected.

Below are some of the reactions compiled from Facebook.

Ayo Dele Davies: “They can’t try this nonsense with Governor Wike in his state. What a shame. He would have just slapped the police officer so that his eyes will clear then he would properly understand his boss”.

Apkoforo Emmanuel: “Just imagine, this governor doesn’t know his right, get them Arrested straight away and nothing will happen. They can’t be operating in your state without your consent”.

Chinonso Bernard: “Nigeria is a banana republic. AGF is not aware, IGP is not aware and the Chief Security Officer of the state is not aware but police are being deployed from Abuja to Lagos to take over an estate. Sorry for Nigeria”.

Olung Francis: “Imagine this is happening in Rivers, Wike will just release all the vawulence after those officers, na IGP and AGF will look for how to reach Wike”.

Ogheche Adole: “This shows very clearly that Malami ordered the Lekki killing of 2020, we have now seen the truth”.

Adekunke Jowon: “This is life, also this is Nigeria for you, when they used you finished they will surely dump you at the end. You see your life Mr Sanwo Olu, shame to all western leaders”.