Home FEATURED 2023: If elected president, what I’ll do for Nigerians – Saraki 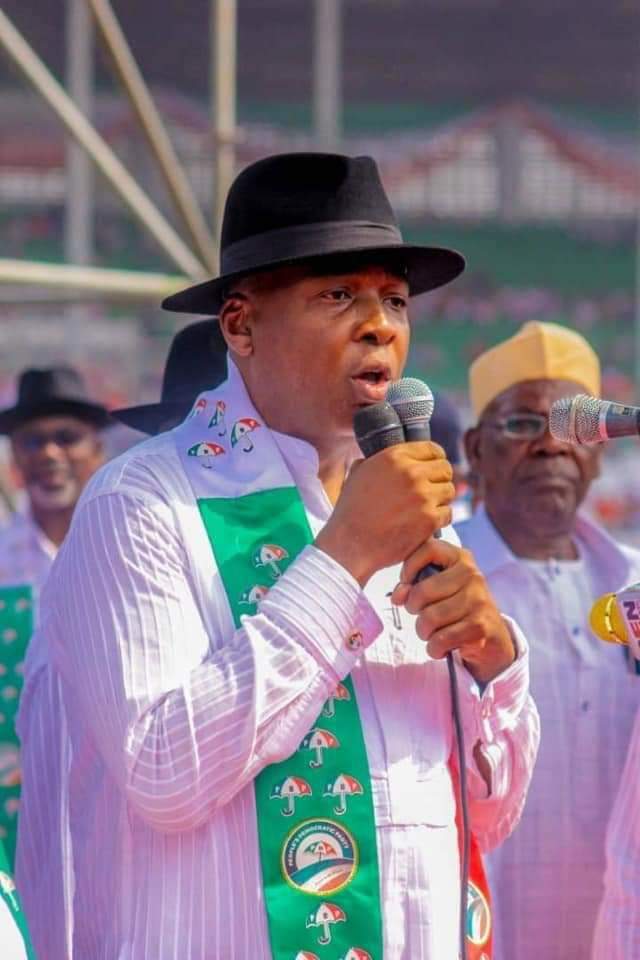 On Friday the former Senate President, Bukola Saraki has vowed to ensure that all Nigerians have a greater sense of what it means to be a Nigerian if allowed to rule the country.

The Twitter handler had posted a campaign poster suggesting Saraki is running for Presidency.

Reacting to the tweet, the former Kwara State governor urged Nigerians to focus on their future and not on past events and differences.

In a series of tweets, Saraki wrote: “For quite some time now, as a nation, we have focused on the old arguments of ethnicity and regional sentiments, instead of capacity, competence, and other critical issues.

“This is why, based on my track record, if I am allowed to lead, all Nigerians will have a greater sense of what it means to be truly Nigerian.

“And yes, I believe that I am the ‘Nigerian for all Nigerians!’”

Saraki is yet to declare his intention to run for the 2023 presidency officially.

He, however, hinted at joining the presidential race.