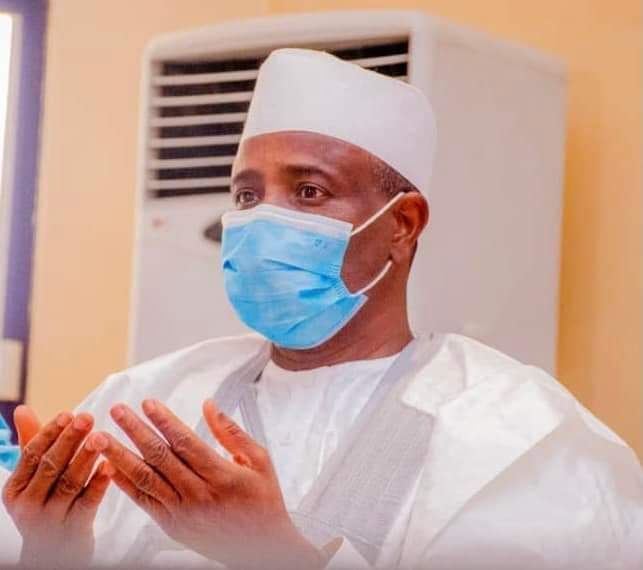 Gov. Aminu Waziri Tambuwal of Sokoto state has reiterated that the People’s Democratic Party (PDP) will regain its pride of place in Nigeria and Zamfara state in the forthcoming political dispensation.

Gov. Tambuwal stated this on Monday in Gusau, Zamfara state capital, where he had gone to consult the party’s stakeholders on his options to prosecute or drop his ambition to run for the position of President in the country in 2023.

According to him, the roll back of the fortunes of the PDP in leading Nigeria and Zamfara state will soon be over.

He observed that the reasons why he left PDP in 2018 are still subsisting under the ruling All Progressives Congress(APC) are still subsisting, “therefore, the leadership of the APC in the country must be challenged in order to make things work right.”

Enumerating the ills foistered on Nigerians and the people of Zamfara the APC government as insecurity, economic downturns, debilitating healthcare system and the “collapse of virtually everything,” the Governor pledged that “if we succeed in our bid the country will witness a reversal of the current bad fortunes.”

He also expressed sympathies to people of Zamfara state on the spate of insecurity and urged them to collectively convoke a security summit to brainstorm on the problem with a view to providing good leadership.

On the recent moves by the Zamfara state House of Assembly to impeach the Deputy Governor of Zamfara State Barrister Mahdi Aliyu Gusau, Tambuwal said this is sub judicial.

“The matter is in the court and any law abiding person must allow the law to take its due course,” he cautioned protagonists of the move.

In his remarks at the occasion, former Governor of Sokoto state, Alhaji Attahiru Bafarawa said the purpose of their visit is to present Gov. Tambuwal to the state PDP rank and file for consultation with them on the pursuit of his ambition to run for President next year.

“He is not a stranger to you. He’s our brother. Sokoto a d Zamfara states are the same entity.He (Tambuwal) sought the same position in 2019. Then seven of us from the North contested and he emerged second.

“Young and energetic then and now, I believe he still has the capacity to do it very well more than us. He is ready. I have no doubt that he will represent us very well if he gets the chance,” Bafarawa said.

Bafarawa also added that the Governor and his entourage comprising of former Deputy Governor of Sokoto state, Alhaji Mukhtar Shagari and the former minister of power, Engr Bello Suleiman, were in the state not for campaign, “but for the progress and development of this state owing to the obvious monumental loss of lives and property being witnessed on daily basis here.”

The ex-Governor who said he won’t apportion blame to anyone for the insecurity situation in the state, however pointed out that “whoever does right knows it. And, we whoever does wrong knows it,” quoting late Zamfara-born Hausa singer, Alhaji Musa Dankwairo.

“We need fervent prayers for God’s intervention on what is happening in the state. In the same vein, we should pray to God to give the leaders the courage to lead well,” he offered.

While enumerating the political credentials of Gov Tambuwal, he pledged to support him in his bid if he so decides. “There’s no turning in our determination to back him all the way,” he assured.

Barrister Gusau leading the state party chairman,
Col. Bala Mande (rtd), former military administrator of Nasarawa state, its secretary, Alhaji Umaru Farouk (Shettiman Rijiya) and other stakeholders of the state chapter of the PDP had on arrival of Gov. Tambuwal and his entourage treated them to a rousing welcome by a large crowd