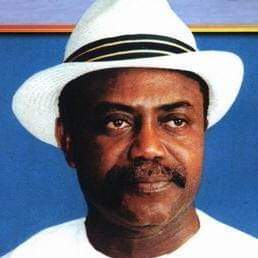 After a prolong battle and incurring a N2m fine over alleged disobedience to order of court, the Legal Adviser of the Nigerian Immigration Service (NIS), Jimoh Abdulkadir Adamu has finally bowed to court with the release of the passport of Dr. Peter Odili.

The passport of the former governor of Rivers State unlawfully confiscated by Immigration on the alleged order of the Economic and Financial Crimes Commission (EFCC), was released to Odili in his Abuja residence.

A motion by the Legal Adviser confirming the release of the document directly and personally to Odili has just been sighted by DAILY POST at the Federal High Court in Abuja.

However, Adamu is to appear in court this morning to defend accusations of “professional misconduct” brought against him by the former governor.

Justice Iyang Eden Ekwo of the Federal High Court, Abuja, summoned the senior lawyer to appear before him to defend his role in the refusal of his agency to comply with order of his court to release the passport.

At the time of this report, the motion and affidavit of compliance, confirming the release of the passport has been served on Odili’s lawyer, Chief Ifedayo Adedipe, a Senior Advocate of Nigeria.

However, noted that contrary to the court order that the passport be deposited with the Registrar of the Federal High Court, the Immigration took the document directly to Odili and delivered it to him in person.

A document signed by Odili personally acknowledging receipt of the passport was also sighted by our Correspondent.

It Is Settled and Sealed, Edo will be Recovered from a...

PDP has come to stay in Abia – Nwachukwu