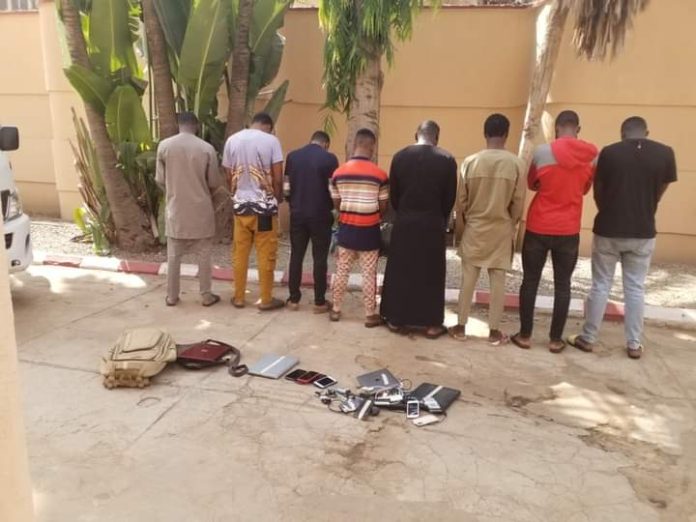 The Ilorin Zonal Command of the EFCC, has arrested eight (8) persons over their alleged involvement in cyber-fraud, including cheating by personation and love scam.

They were arrested in Basin and Asa-Dam areas of Ilorin, the Kwara State Capital following credible intelligence about their alleged criminal activities.

Items recovered from them include, exotic cars,mobile phones and laptops.