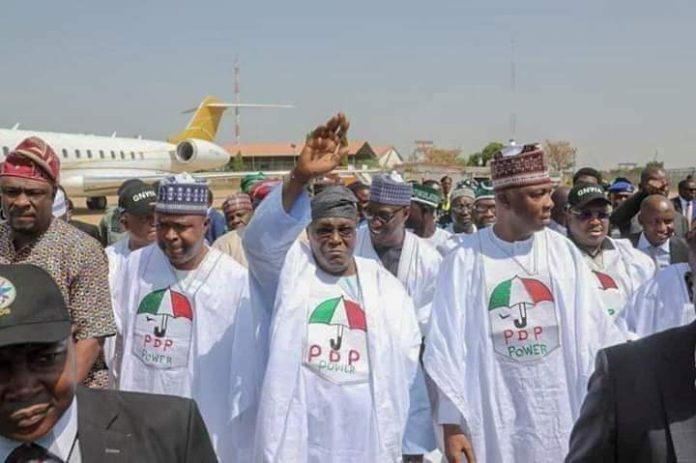 On Monday Kassim Afegbua, Former Edo State Commissioner for Information, has enjoined former Vice President, Atiku Abubakar, to sincerely tell Nigerians the truth if zoning does not exist in the constitution of the Peoples Democratic Party, PDP.

The condemnation against Atiku’s presidential ambition in the coming 2023 general elections is in reaction to comments credited to him that zoning of the presidential ticket was not enshrined in the 1999 Constitution (as amended).

The former Commissioner, in a statement, noted that aspirants talking about the absence of zoning in the Nigerian constitution are selfish in their thinking.

He lamented that in order to serve their selfish interest and contest the 2023 presidential election against the run of fair play, they are ignorantly making references to the 1999 constitution to support their argument against zoning of political offices.

The ex-commissioner, had three weeks ago, advised Atiku to quit partisan politics on account of old age, as well as quit the stage for a presidential candidate of southern extraction.

According to him, “It must be stated unequivocally that zoning means the same thing as federal character, which is expressly captured in the 1999 constitution.”

Kassim Afegbua asked those declaring that there is no zoning in the constitution to explain why it is the practice that a candidate emerges from the north, his vice presidential candidate comes from the south, and vice-versa.

He explained that the Senate President is also zoned to another geopolitical zone, ditto the Speaker of the House of Representatives, and even the Secretary to Government of the Federation.

He observed that if there is no zone, these positions could have been concentrated in one geopolitical zone, saying that the federal character provision in the constitution, similar to zoning, made it a point of duty to observe zoning, adding that in a plural society like Nigeria with its diversities, one cannot do without zoning and power-sharing.

The former Commissioner opined that no matter how nepotistic the Buhari presidency is, it has observed the principle of zoning positions to create some level of balance, saying that he is aware that President Buhari’s style has been skewed in favour of his Northern zone.

Video: After scoring 167 in JAMB, Boy records self  drinking sniper