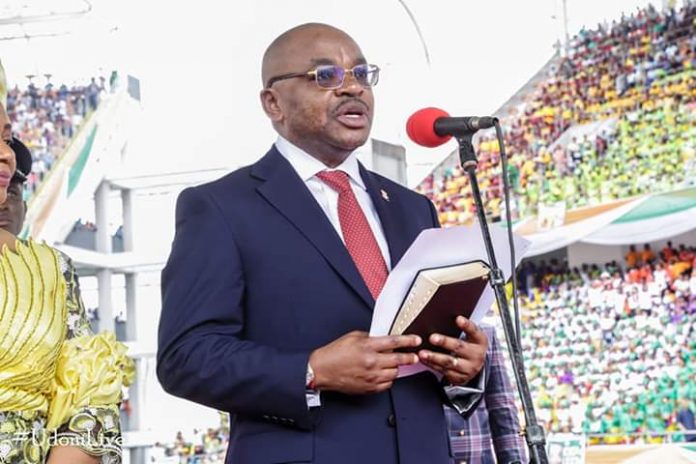 The Governor Emmanuel Udom, of Akwa Ibom State, has disclosed how he was dragged to court by ‘witches and wizards’ in the state.

Emmanuel disclosed that witches and wizards dragged him to court for building a Christian worship centre in the state.

Addressing journalists over the weekend in Uyo, the state capital, over the weekend, the governor building the structure was necessary for Akwa Ibom, “as a state named after God, to build a temple for God.”

“All (the) witches and wizards came together and took me to the court that we are building a Christian Worship Center.

“They say they are atheists. The case is in the court, we won them but they have appealed,” the governor said.

Residents of the state have criticized the building of the structure, stressing that the money should have been used for other development needs of the oil-rich state.

Emmanuel also commented on allegedly picking a pastor and his cabinet members as his preferred successor ahead of the 2023 governorship election.

Responding to questions on if God revealed to him his successor as he claimed, the governor said: “Communication between a leader and God is different from what any other person would see or understand, people must understand that.”

2800 delegates to participate in PDP Convention