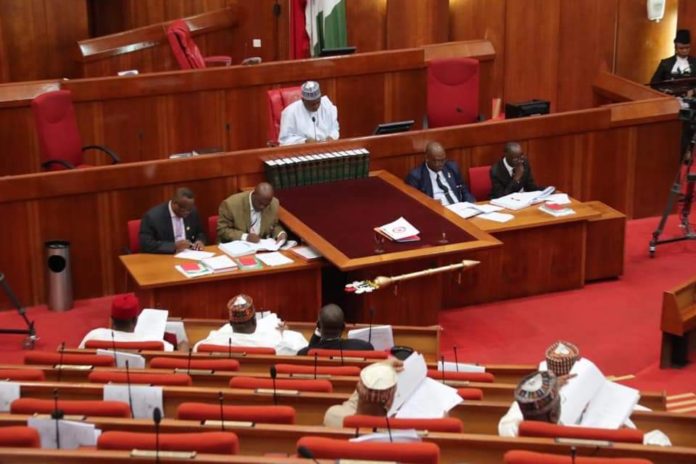 The Nigerian Navy and Economic and Financial Crimes Commission, EFCC, have vehemently rejected the proposed criminalisation of ransom payment to abductors, terrorists and kidnappers to secure release of hostages.

The rejection happened, yesterday, in Abuja during a public hearing on Terrorism Prevention Act (Amendment) Bill 2021, which seeks to outlaw payment of ransom to secure the release of captives.

Section 14 of the bill provides: “Anyone who transfers funds, makes payment or colludes with an abductor, kidnapper or terrorist to receive any ransom for the release of any person who has been wrongfully confined, imprisoned or kidnapped is guilty of a felony and is liable on conviction to a term of imprisonment of not less than 15 years.”

Speaking at the public hearing, a representative of the Chief of Naval Staff, Rear Admiral K.O. Egbuchulam said instead of outright criminalisation, negotiation or payment of ransom, it should be subjected to security vetting.

Egbuchulam said: “It is suggested that the bill could make the negotiation/proposed payment of ransom to kidnappers or terrorists to secure release of hostages subject to the prior knowledge of ONSA/Armed Forces of Nigeria/Police for coordination.

“It is opined that subjecting such payment of ransom to security vetting and tracking is preferable to outright criminalization.”

Also at the event, the EFCC, represented by the Director, Legal and Prosecution Department, Chile Okoroma, hailed most of the provisions of the bill but kicked against the prosecution of somebody that paid ransom, saying it should be narrowed down to those who received ransom not those that paid.

According to him, the bill on terrorism is well intended, but the issue of prosecuting those that paid ransom should be looked into and it should be narrowed to those who receive payment for ransom.

On its part, the Nigerian Correctional Service agreed with all the provisions of the bill including the prosecution of anyone that paid ransom.

According to Correctional Service, “we agree with the proposed amendment to this bill.”

In his opening remarks, Senator Bamidele who explained that the bill is designed to outlaw payment of ransom to abductors, kidnappers and terrorists for release of persons who have been wrongly confined or imprisoned, said: “The Terrorism (Prevention) Act, 2013 (Amendment) Bill, 2021 was sponsored by Senator Ezenwa Francis Onyewuchi (Imo East).”