Home FEATURED Geometric Power Will Turn Around The Economic Fortunes Of Our People,Says Ikpeazu 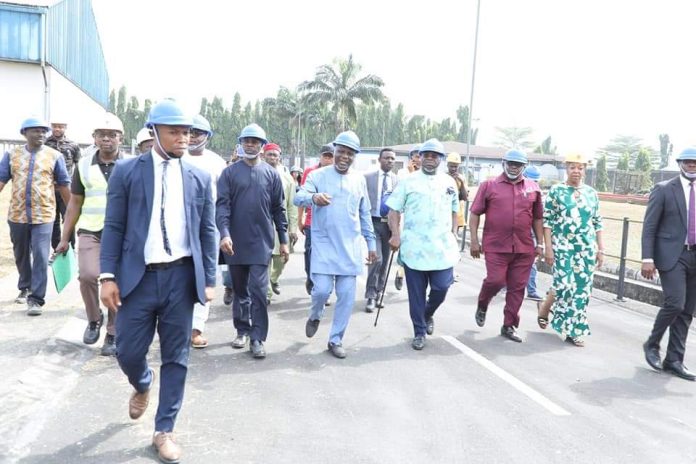 Governor Ikpeazu described the Geometric Power Project as the “fulcrum upon which the industial development of Aba, Abia and the South East will revolve”.

According to the Governor, “two years from today, the story of economic development in Aba and Abia State will take a completely different turn. Things will never be the same again around here and anyone who hasn’t concluded plans to have presence here is already late”.

Governor Okezie Ikpeazu assured Professor Nnaji that the State Government will promptly construct the road leading into the plant.

Earlier, the Chairman/CEO of Geometric Power Ltd, Professor Barth Nnaji and his wife, received the Governor and introduced him to key personnel of the company.

Before taking the Governor on a tour of the plant with its mega facilities, Professor Nnaji thanked Governor Ikpeazu for his consistent support which led to the revival of the project. He recounted how the Governor stood by the company and traveled with him to meet with different international institutional investors, providing the requisite support from the host state Government. According to Professor Nnaji, this project wouldn’t have seen the light of day without the support of Governor Okezie Ikpeazu. He reaffirmed that Abia State Government owns 5% equity in the Project.

He told the Governor that currently the entire Aba gets a maximum of 50 megawatts of power from the National Grid but that the plant has a capacity to produce 140 megawatts of electricity which is more than enough to provide steady and sustainable power to Aba and its environs.
He told the Governor that basically all the required support infrastructure was in place, including the 17km pipeline that takes gas from Owaza in Ukwa West LGA to the plant and that six months from now, the plant will be commissioned for supply of power to the people of Abia State.
Professor Nnaji stated that long before the contractual problem that led to the stalling of the project, the sum of 500 Million Dollars had already been invested in the project, adding that this is the largest economic project in the entire South East of Nigeria.
He also told the Governor that the company was working towards building an estate for their workers within the industrial layout.

The Governor was later taken round the massive power plant on inspection by Professor Nnaji. 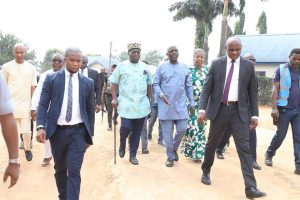 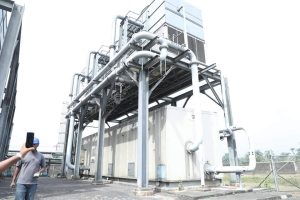 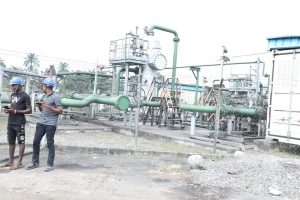 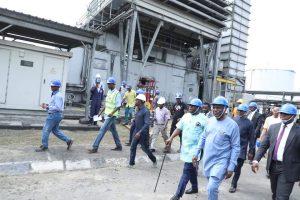 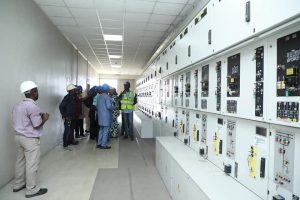 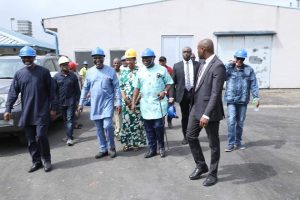 Photos, video: hit as Kwara moves to next level with Buhari’s...