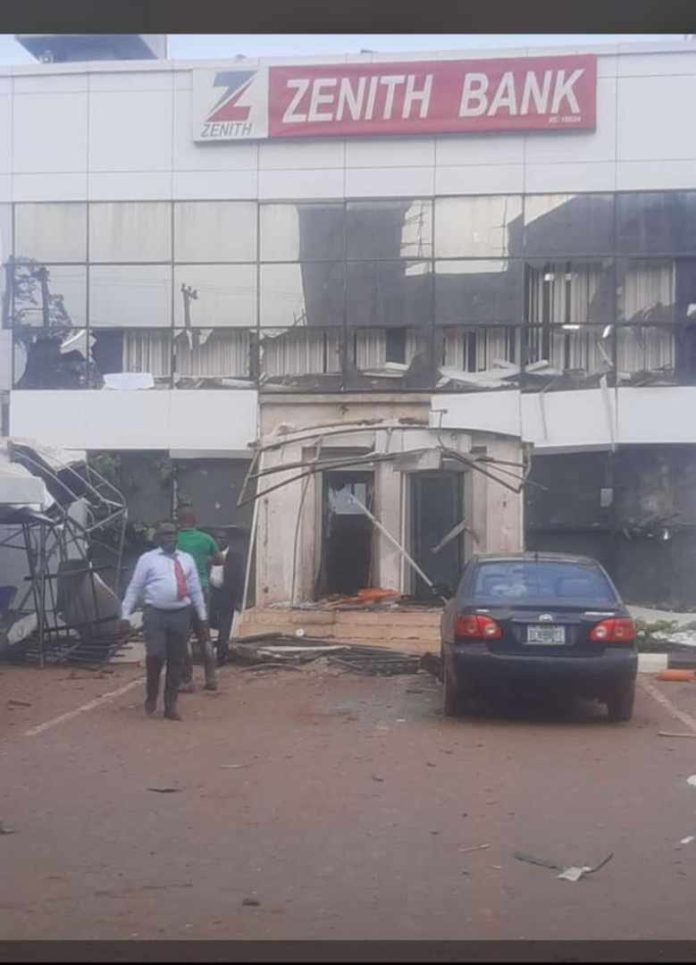 Two policemen and five others were killed in the coordinated attacks, it was said.

They were said to have come in many vehicles and attacked the banks with dynamites and bullets.

The attack lasted over one hour, causing panic in the community, a source said, adding that security men were caught unawares.

According to the source, the robbers seemed to have come prepared for the operation, with policemen, soldiers and other security personnel unable to stop them.

“A metallic/silver Toyota Lexus 350 Sport Utility Vehicle (SUV) was fully loaded with cash, which the armed robbers hurriedly escaped with, while moving towards Ubiaza old road, and shooting intermittently to scare passersby and prevent any challenge from security operatives.”

Police spokesman, Bello Kontongs, confirmed that two of their men and five others were killed in the attacks.

“That’s true,” he told our correspondent.

Don’t Allow anyone to enter Abia through your Area- Ikpeazu Warns...