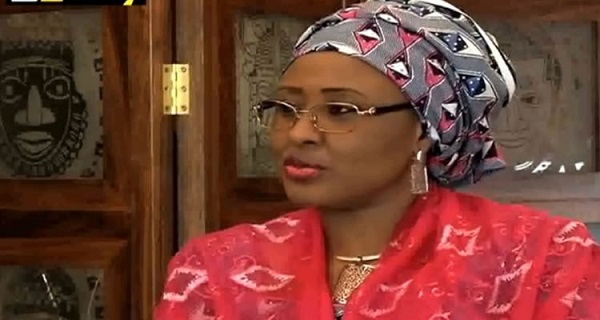 On Wednesday the Human Rights Writers Association of Nigeria, HURIWA, has slammed First Lady, Aisha Buhari and wives of state governors for preferring to attend a birthday party in Dubai than fighting for pro-women provisions in the constitution review.

HURIWA also knocked the ninth National Assembly for refusing to admit pro-women bills in the ongoing amendments of the 1999 Constitution.

Footages emerged on social media last week showing the First Lady in Dubai where most of the wives of Nigerian governors visited her, bearing gifts as she marked her birthday.

Aisha reportedly flew out of Abuja to Dubai to organise the birthday party the same day they could not convince the National Assembly to pass the six pro-women provisions.

HURIWA pointed out that those bills were not so important to the elitist women, adding that otherwise they would have cancelled the Dubai trip and dedicated their time, energies and focus to the bills concerning women.

HURIWA said this in a statement signed by its National Coordinator, Comrade Emmanuel Onwubiko, slamming the National Assembly over about four-gender related bills that the lawmakers voted against.

“It is unfortunate that the Ninth Assembly has insisted that it won’t pass the pro-women provisions that would have been included in the yet-to-be amended constitution,” HURIWA said.

“HURIWA calls for a repeat of the vote because the last vote was done like a secret cult.

“The President’s wife, Aisha Buhari; the Vice-President’s wife, Dolapo Osinbajo; as well as the wives of the 36 state governors now that they must have returned from their birthday ceremony in Dubai, must be vocal at this time to press home their demands. Failure to do this is a betrayal to womanhood.”

Despite insecurity, Buhari is an achiever – Lai Mohammed