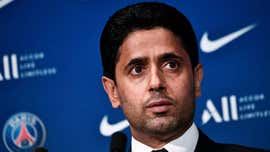 The club’s chief was furious with the officials’ decisions as his side crashed out of the Champions League.

Paris Saint-Germain president Nasser Al-Khelaifi stormed the referee’s dressing room and broke equipment after his side were knocked out of the Champions League by Real Madrid, according to the referee’s report.

It was the first of Benzema’s three goals which enraged PSG, who felt Benzema should have been called for a foul on goalkeeper Gianluigi Donnarumma in the build-up.

La Liga To Remember Covid-19 Victims With A Minute’s Silence Before...

‘You can’t stop Messi’ – Zenden fears for Liverpool ahead of...