Home PUO OPINION Nkiru Onyejeocha is a Megalomaniac ; Her time of reckoning has come….by... 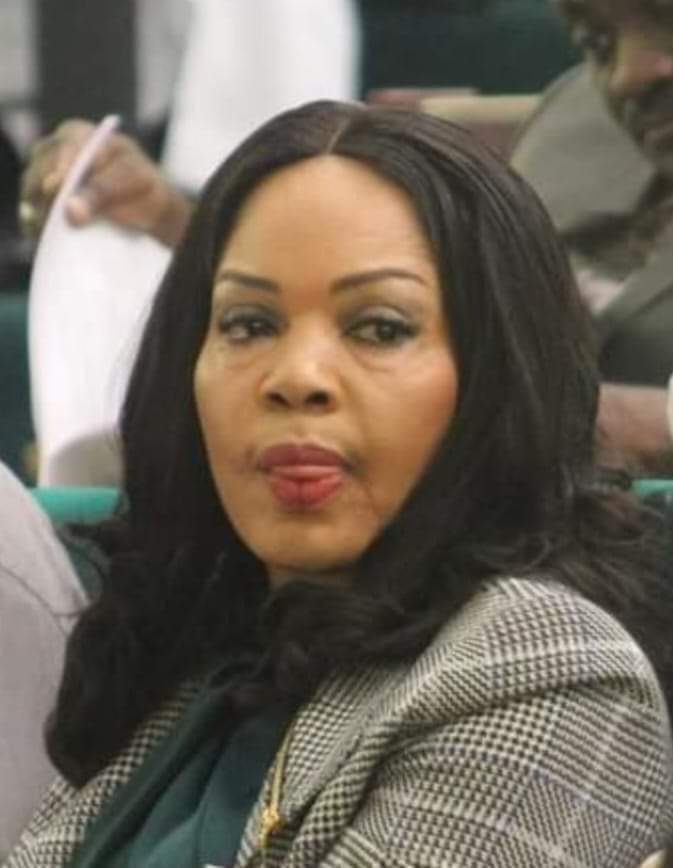 Her madness is a bit disturbing to me personally because I had thought that the elevated office which she occupies in the Federal House of Representatives on behalf of the great people of Umunneochi/Isukwuato Federal Constituency would have somewhat cured her of her trademark affliction of arrogance, tactlessness and brazen idiocy.

But like all psychopaths, Nkiru Onyejeocha who in the full view of a shocked world, turned her unsuspecting husband, Ikemba Kingsley Onyejeocha, into a fugitive and beggar in his own house , is now shamelessly referring to Commissioners in Abia State as beggers in an infantile attempt to instigate the innocent public and denigrate the Abia State Executive Council. Her endless oscillation between lucid moments and absolute insanity is an unfortunate source of embarrassment not only to her Constituency but indeed to all men and women of goowill.

Nkiru Onyejeocha while pointing her dirty, crimson fingers at Governor Okezie Victor Ikpeazu without cause or reason has thrown caution to the winds in a vain attempt to fradulently amass cheap political attention at a time she should be bothering about the deep mess and chasm into which her devious activities has thrown the once manageable Abia APC. Today, with the likes of Nkiru Onyejeocha, Abia APC is permanently polarised and finished – locked in a fractricidal war of attrition, wits and wanton opportunism.

Ironically, while the whole Abia, except , perhaps, the deluded Nkiru Onyejeocha, is aware of her chequered antecedents and deplorable data, she keeps pretending to be holy, hypocritically pontificating on issues that directly indict her in all dimensions.

Several times, we offered helping hands to help cure her of this self inflicted malaise but like the notorious biblical Jezebel, her overbloated feeling of self importance does not allow her to see reason. Like a pig, Nkiru cannot stop wallowing in the mud of infamy. Despite repeated efforts to avoid this abominable bigot called Nkiru , she has refused to respect herself . Nkiru Onyejeocha prefers to overprice herself and dabble into avoidable conflicts that threaten the prevalent atmosphere of peace in the State. Sadly, with the upcoming elections, her moment of reckoning with the electorate has come.

One would have thought that she would have limited her foolhardiness and infantile manipulations to the Hammer House of Horror called APC in Abia State where her entrance has brought nothing but division and decay; but not Nkiru Onyejeocha! She will always overreach herself, prancing about like the proverbial Nwa Nza that challenges her gods to a wrestling contest.

Commissioners in Abia State will not reply Nkiru Onyejeocha neither will Governor Okezie Victor Ikpeazu stoop low to her lowlife. Like lucifer, let her continue wandering around and conspiring with other fallen political demons.

We can only pity her and ignore her rantings propelled by an excess dose of inferiority complex. Her restlessness is obviously borne out of her realisation that all her scheming and deceptive posturing have landed her in a perennial cul de sac.

On a personal note, I will advise Nkiru Onyejeocha to thread with caution and avoid investing in ant infested firewoods. If she continues in her usual bragadaccio, the lizards will visit her neighborhood and all her thick putrefaction will be exposed to her own loss and chagrain.

A word is enough for the wise.