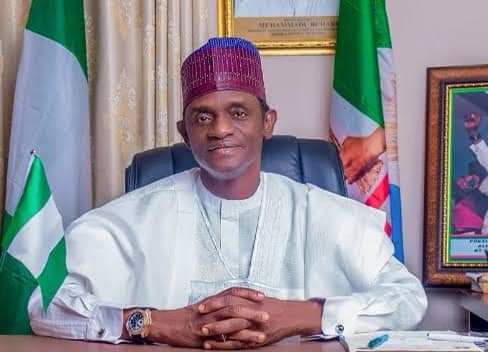 on Tuesday The All Progressives Congress (APC) has declared that Yobe Governor Mai Mala Buni remains the National Chairman.

The scribe addressed the media at the party headquarters in Abuja.

Udoedehe said it became necessary to clarify “the events of last week”, referring to the takeover of the chairmanship seat by Niger Governor Sani Bello.

Udoedehe insists the ruling party is crisis-free, strong and united in giving Nigeria the transformative leadership and good governance promised. 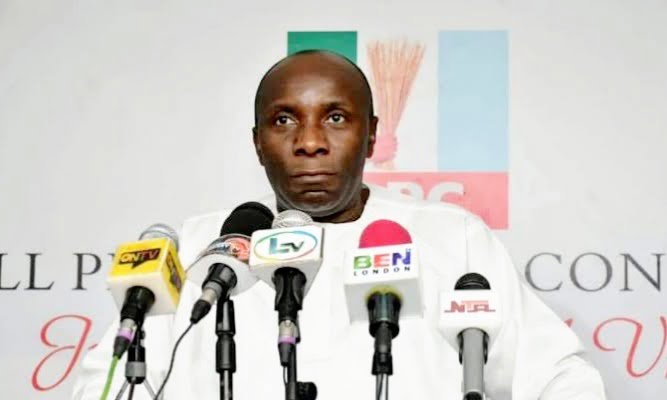 “The CECPC was appointed, and has always done her best, to steer the affairs of the APC in line with the mandate invested in her at inauguration by the National Executive Council (NEC) of the All Progressives Congress.

“On the 28th day of February, 2022 the CECPC Chairman (Buni) took a long-delayed trip abroad on health grounds, leaving behind written authorisation for other members of the CECPC to continue work in his absence, particularly the day to day management of the APC.

“In his absence, sundry activities earlier scheduled for action appeared to develop fresh urgency in order to satisfy the Timetable for the 2023 General Elections released by the Independent National Electoral Commission (INEC).

“All such actions were clearly identified at all times as happening in an acting or proxy capacity, and under the auspices of the substantive Chairman, Governor Mai Mala Buni, contrary to widespread speculations that the Chairman, Secretary or some other officials of the CECPC have been removed or replaced.

“The CECPC is intact and functional as originally constituted. Delivering a seamlessly successful National Convention for the APC on March 26, 2022 is top on priority for the CECPC.

“We shall continue to execute such assignments as are legal pending the return of the Chairman who is on his way back to the country and shall resume Office on arrival with the full support of all members and other stakeholders”, Udoedehe said.

30 Shoemakers depart to China for the First batch of Abia...

APC may not get a lot of votes without Buhari on...