Home PUO NEWS 2023 Governorship: I Will Not Be Stampeded, The Process Is On Course... 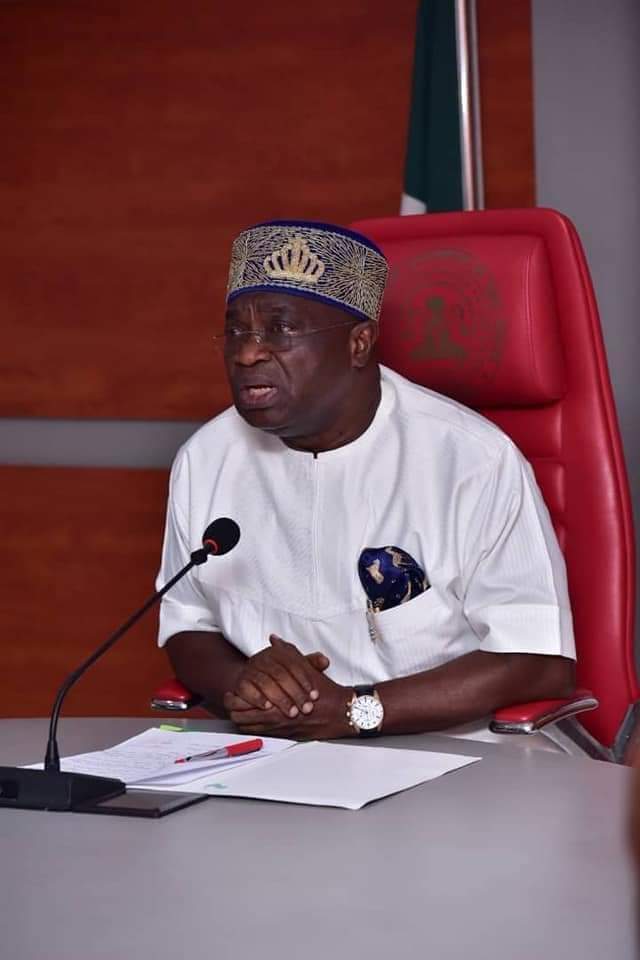 Governor Okezie Ikpeazu has assured that he will not take a decision that will be detrimental to the socio- political and economic future of Ndi Abia in the quest for his Successor in 2023.

Governor Ikpeazu stated this when he received in audience the Umuahia South Political Stakeholders Forum at Government House Umuahia.

He said that the process and procedure of selecting his successor is on course, adding that he will not be stampeded into taking a decision.

The Governor who said that Umauhia South LGA has a lot of economic potentials, maintained that it would be his joy to connect Nsirimo in Umuahia South LGA with Ntigha in Isiala Ngwa North LGA as well as complete the Umuopara Ring Road and other ongoing projects in the area.

Governor Ikpeazu who noted that the people of Umuahia South Local Government Area have been an integral part of all successive administrations since the return of democracy in 1999, said that they have been a stabilizing factor in the governance of the state.

He thanked the stakeholders for the visit describing it as very encouraging, assuring that the interests of the people of Umuahia South will always be given necessary attention.

Speaking earlier, the leader of the delegation Chief Tony Ukasanya and the Chairman Umuahia South Stakeholders Forum, Pastor Emeka Inyama said they were in Government House to show solidarity to the administration of Governor Okezie Ikpeazu as one of his strongest allies.

They noted that the Governor has through promotion of SME made human capital development the fulcrum of his administration and thanked him for embarking on many development projects including the ongoing construction of Umuopara Ring Road, Old Umuahia Road , expansion of Ubakala Road amongst others.

They assured the Governor that the people of Umuahia South have stood with the Governor and will continue to stand by him going forward.

In their speeches, the Secretary to Government of Abia State, Barrister Chris Ezem and the Member representing Umuahia South State Constituency, Hon. Jerry Uzosike thanked Governor Okezie Ikpeazu for carrying the people of Umuahia South LGA along in the scheme of things and pleaded with him to hasten up the completion of various road projects ongoing in the area.