The Federal High Court sitting in Yenagoa, Bayelsa State, has directed the Attorney-General of the Federation (AGF) to stop placing the Niger Delta Development Commission (NDDC) under any ministry including the Ministry of Niger Delta Affairs.

The court also granted a perpetual injunction restraining the AGF from further constituting an interim or sole administratorship board to run the affairs of the commission.

The orders were made following a motion ex parte dated December 10th, 2021 and filed by Odighonin Adienbo on behalf of the Wailing Women of Niger Delta (WWND) and the Integrity Friends for Truth and Peace Initiative (IFTPI).

Granting the order on March 14th, Justice Isa Dashen, also directed the enrolled order of the court together with all the filed processes be served on the respondent to afford him an opportunity as to why the application should not be granted.

The judge also asked the parties to return to the court on April 5th for report of service, compliance and hearing.

The court further said: “That leave is hereby granted to the applicant to seek an order of this Honourable Court directing the respondent to dissolve the current sole administratorship structure used to run the affairs of the Niger Delta Development Commission (NDDC).

“That the applicant is granted leave to seek an order of mandamus directing or compelling the respondent to immediately publish the outcome of the report of the forensic audit of NDDC.

“That leave is granted to the applicant to seek an order of mandamus directing and compelling the respondent to account for all monies that have accrued to the NDDC from the inception of the Interim or acting management beginning fro. Prof. Nelson Brambaifa till date”. 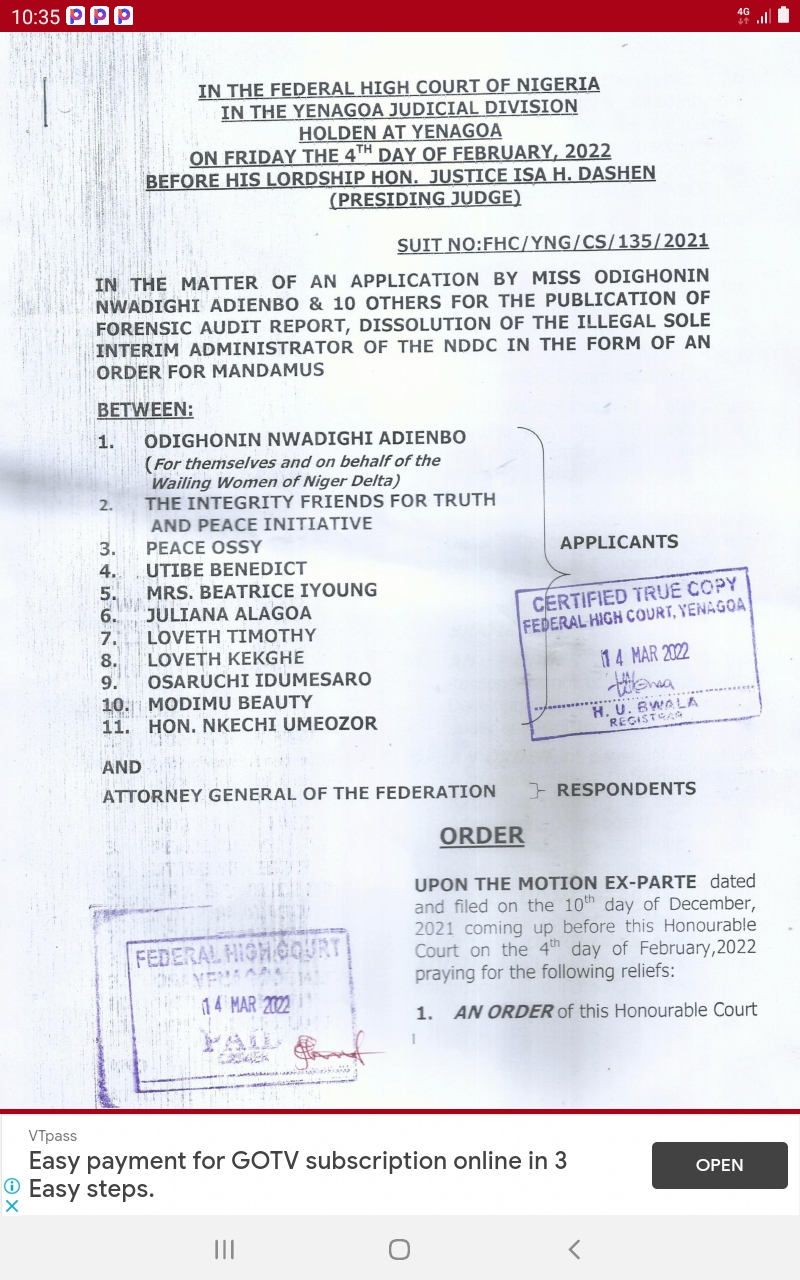 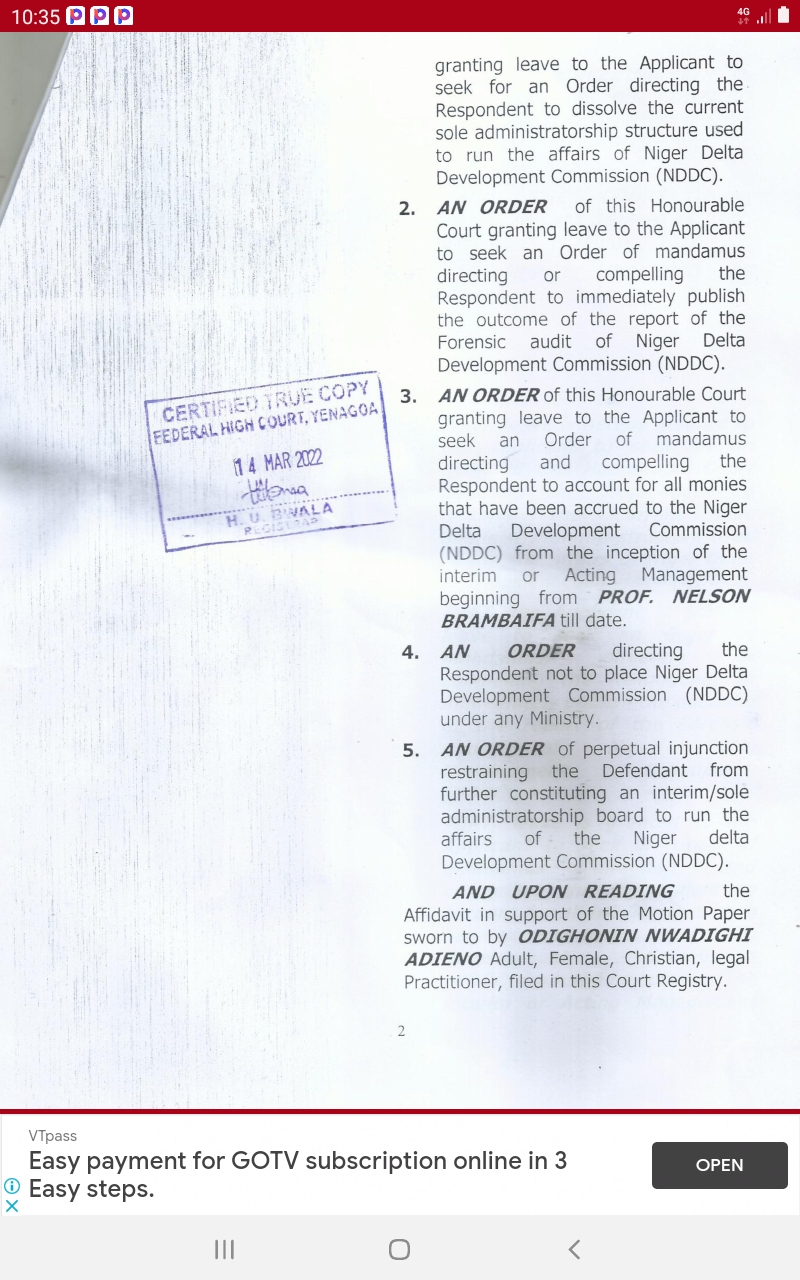 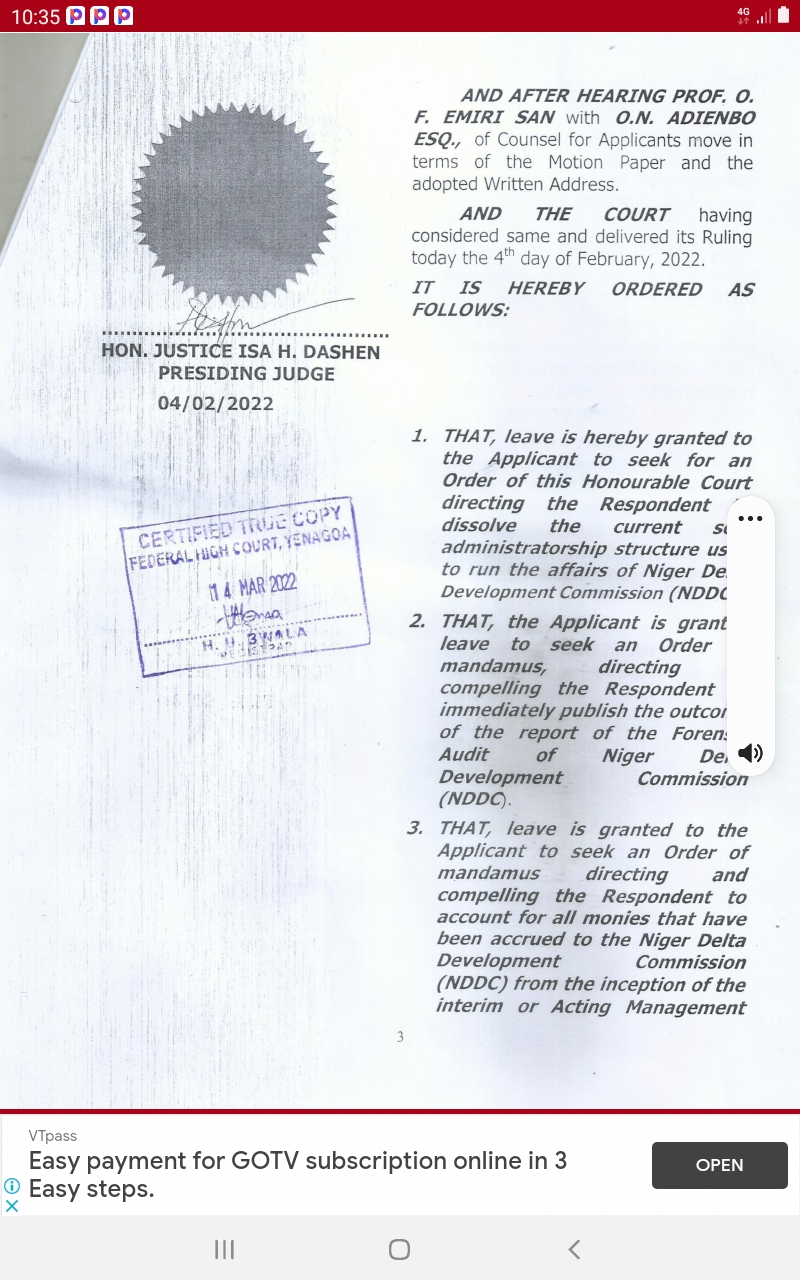 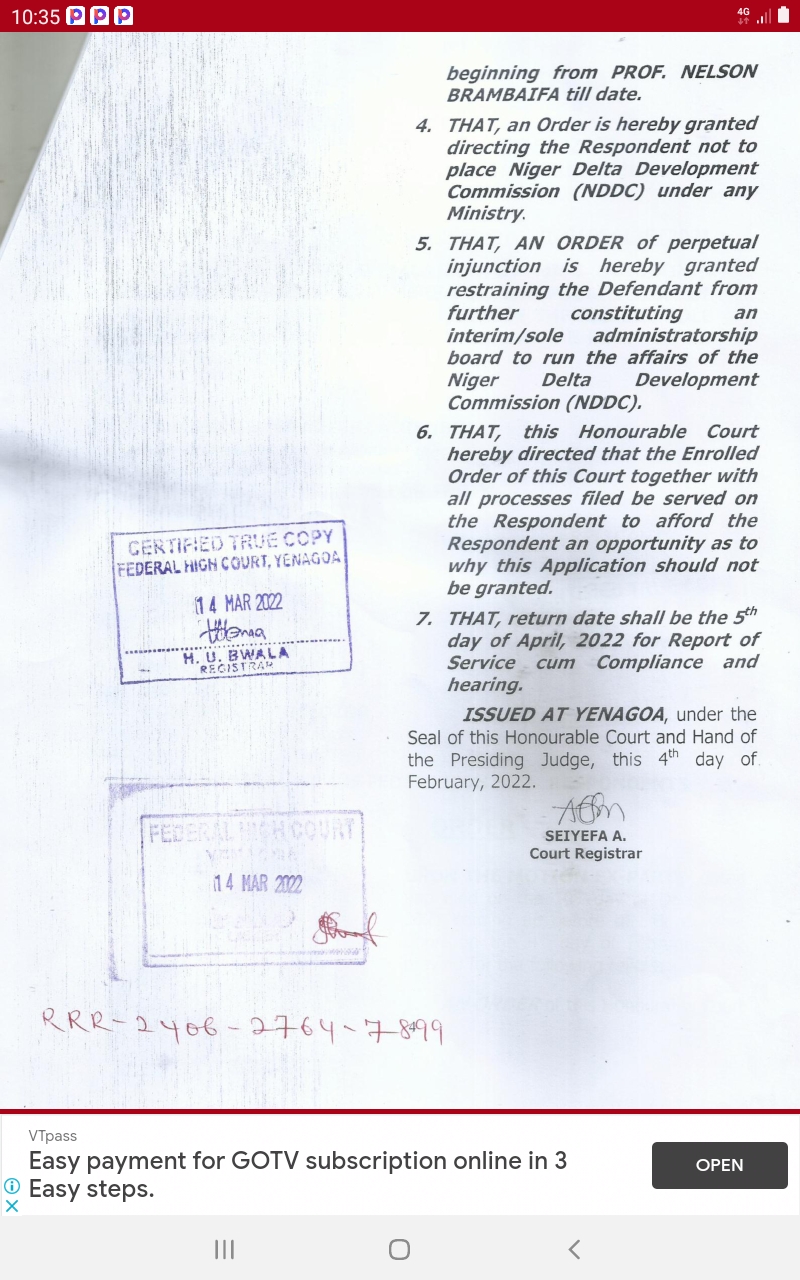 ASUU: How I ended prolonged strike in one night – Goodluck Jonathan

Why I did not address #EndSARS protesters at govt house –...