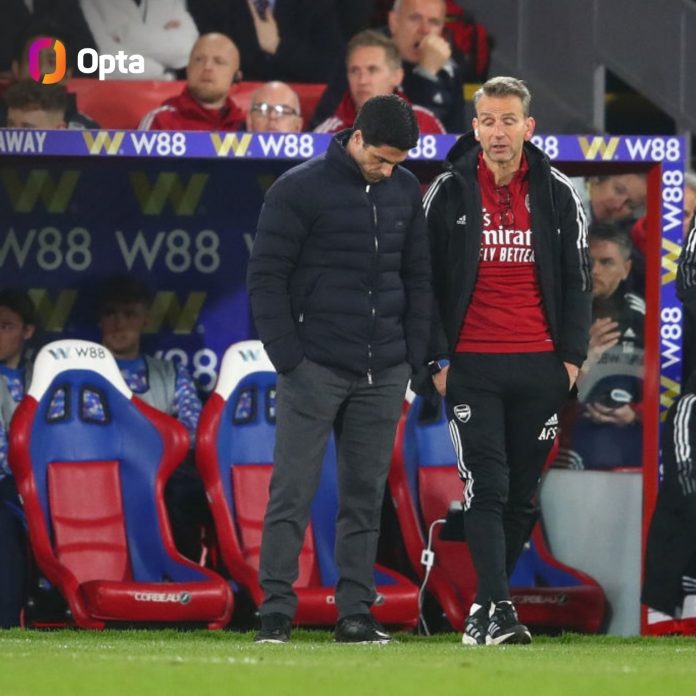 Palace are next in Premier League action against Leicester City on the road on Sunday. Arsenal take on Brighton and Hove Albion in their next outing on Saturday at the Emirates Stadium.

Crystal Palace continue their fine run of form to move into the top half of the Premier League courtesy of a 3-0 win over Arsenal at Selhurst Park.

Jean-Philippe Mateta put the home side ahead with a close-range header before Jordan Ayew extended their advantage with a clinical finish on his left foot.

Wilfried Zaha put the game beyond doubt with 16 minutes to play after winning and then converting a penalty to secure the three points for Patrick Vieira’s men, and inflicting a damaging defeat on the Gunners and their hopes of a top-four finish.