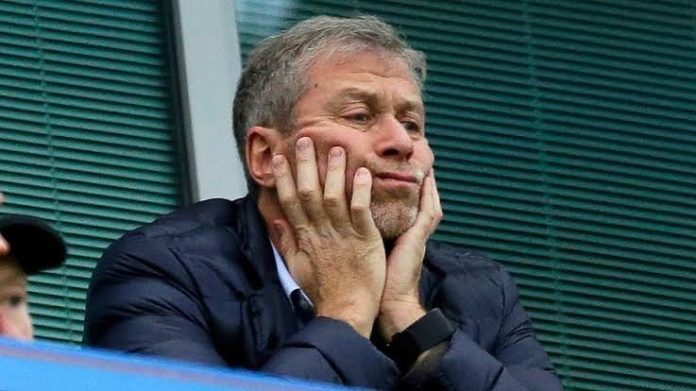 The embattled Chelsea owner, Roman Abramovich, has asked his mega-rich friends for financial aid after his funds were frozen last month, the UK Sun reports.

The 55-year-old Russian had his assets frozen by the UK government in March, as part of their crackdown on associates of President Vladimir Putin, following the invasion of Ukraine.

Abramovich has vehemently denied he has close links with Putin but was still included on a list of UK-based Russian nationals to be sanctioned.

He has also been suspended as a director of Chelsea, the Premier League side he bought in 2003, while the club now operates under a strict operating licence which ensures Abramovich will receive no financial reward.

The Blues is currently up for sale, with a preferred bidder expected to be named in the coming weeks.

It is believed that with Abramovich’s money frozen and weekly costs of £600,000 to pay his staff, the billionaire has asked some of his associates for loans of around £1million each.

According to the report, Brett Ratner, who has directed Hollywood blockbusters including Rush Hour and X-Men: The Last Stand is one of the names on the list of his contacts – which also include friends from Wall Street and the tech world – of whom he has contacted.

It is also suggested that he has approached the Rothschild family, although as of yet, nobody is said to have agreed to loan the money.

‘We’ll be back’ – Lampard defiant after Chelsea bow out of...

Chasing Liverpool, Manchester City will be a lot of hard work,...