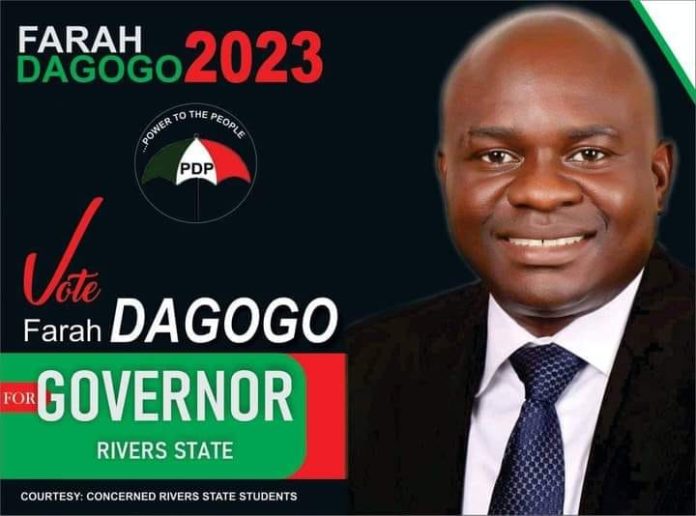 Rep Farah Dagogo, Member representing Degema/Bonny Federal Constituency of Rivers State, has said there is a need for Rivers State’s financial records to be opened to the Economic and Financial Crimes Commission (EFCC).

Dagogo, who is aspiring to be governor on the platform of the Peoples Democratic Party (PDP) said he will work with the Rivers State House of Assembly to vacate the perpetual injunction preventing the EFCC and other anti-graft agencies from accessing financial records of the State.

Doing so, he believed, would engender transparency and accountability expected to guide actions of political office holders in the State.

He said: “Repositioning Rivers State starts with working in concord with the Rivers State House of Assembly to vacate perpetual injunction preventing EFCC from accessing financial records of the State.”

According to him, Rivers State has no reason not to pay pensioners, adding that he will make pensioners his administration’s priority.

The governorship aspirant decried the condition of Rivers people, which he said was below average, given the avalanche of resources coming into the State, stressing that he would reposition the State.

Speaking while submitting his expression of interest and nomination forms at the PDP headquarters, Abuja, he said the submission fulfilled the necessary requirements to get the mandate of the party for next month’s governorship primary.